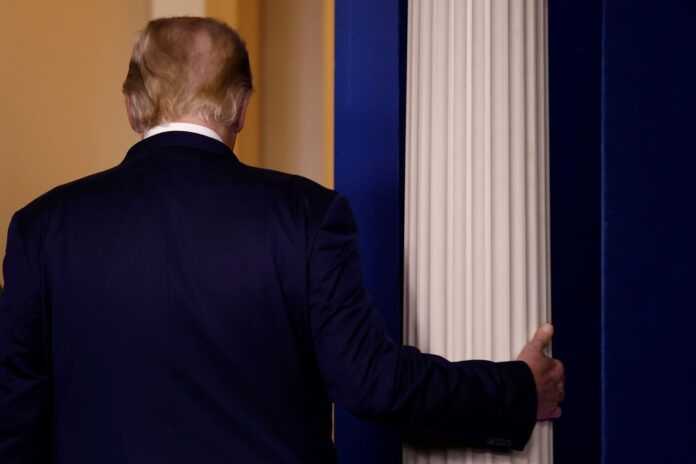 IFP has taken a look at the front pages of Iranian newspapers on Saturday, November 7, 2020, and picked headlines from 20 of them. IFP has simply translated the headlines and does not vouch for their accuracy.

1- Pelosi Warns: Trump Will Cause Damage before Leaving 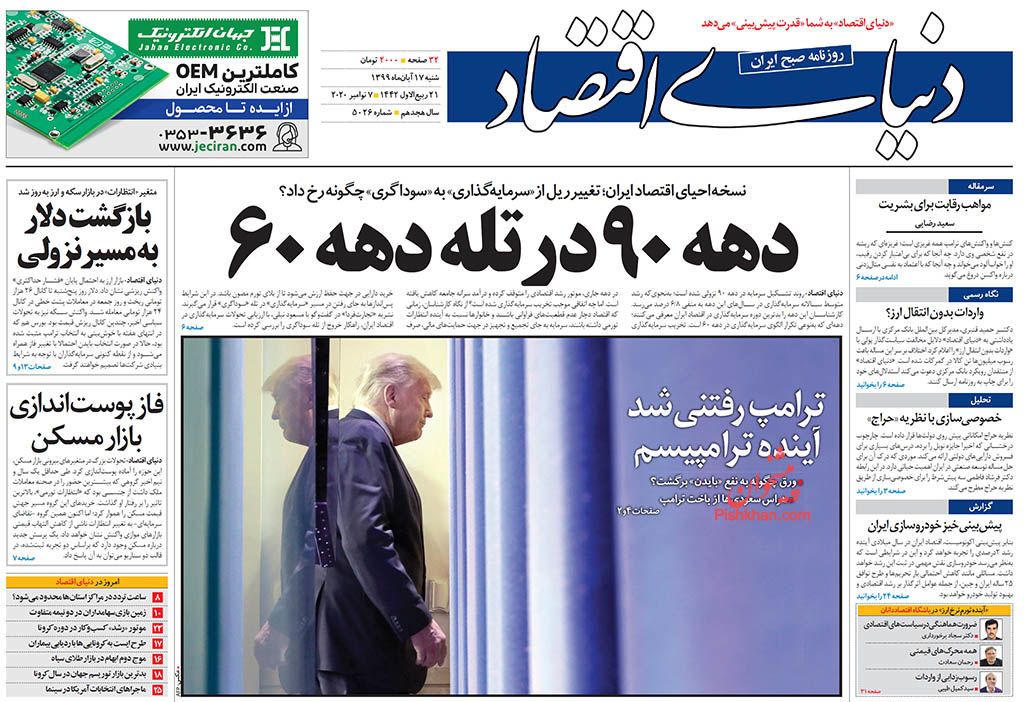 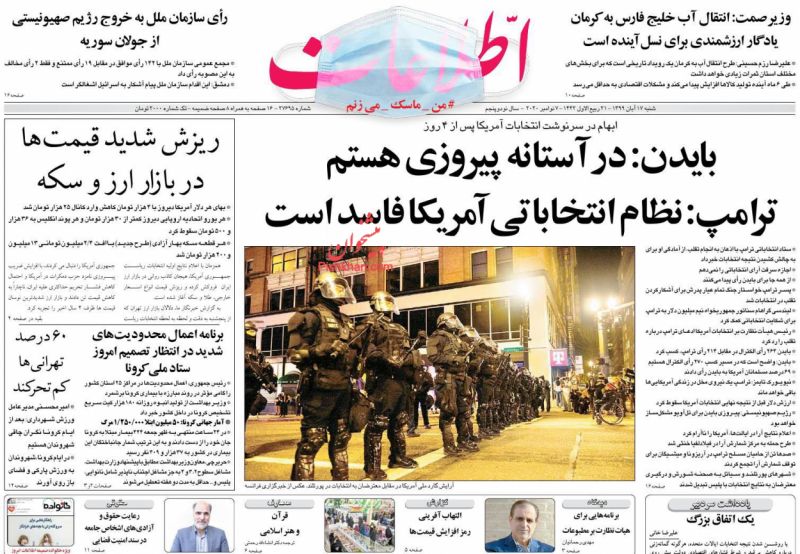 2- Markets’ Response to US Elections 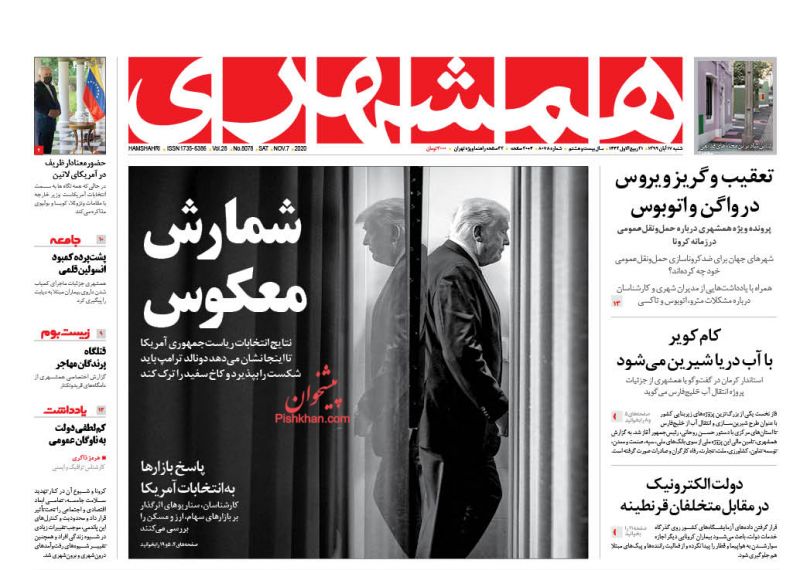 1- US Counting Its Final Breaths 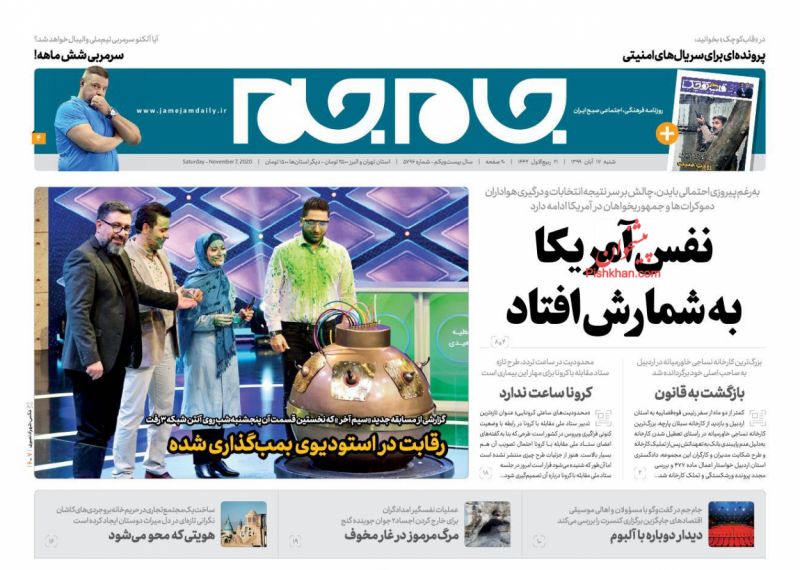 1- End of Elections, Beginning of Tensions

1- Trump’s Heavy Defeat: US on Verge of Chaos

* Trump Accuses US Election System of Corruption; His Son Talks of All-Out War 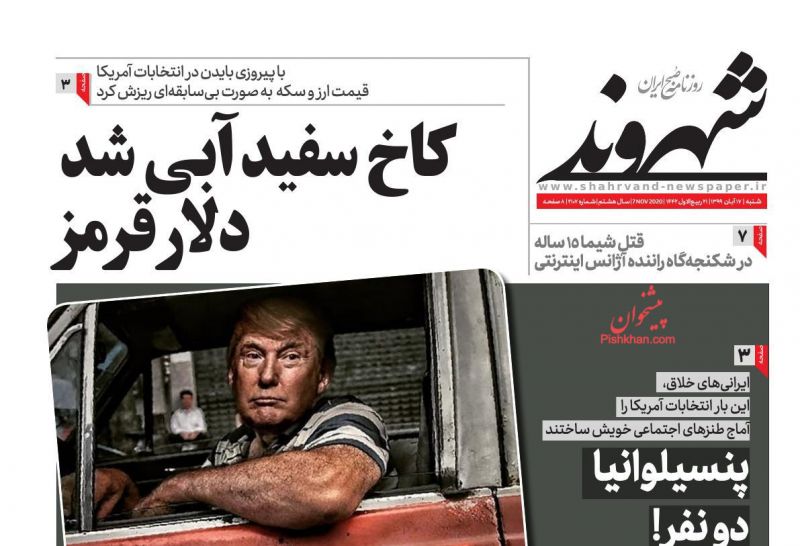 1- Palace of Loneliness: Early Return of Democrats to Power?

* 10 Reasons Why We Should Be Happy about Trump’s Loss, but Not Happy about Biden’s Victory

2- US Biggest Loser of World Media Coverage of 2020 Election