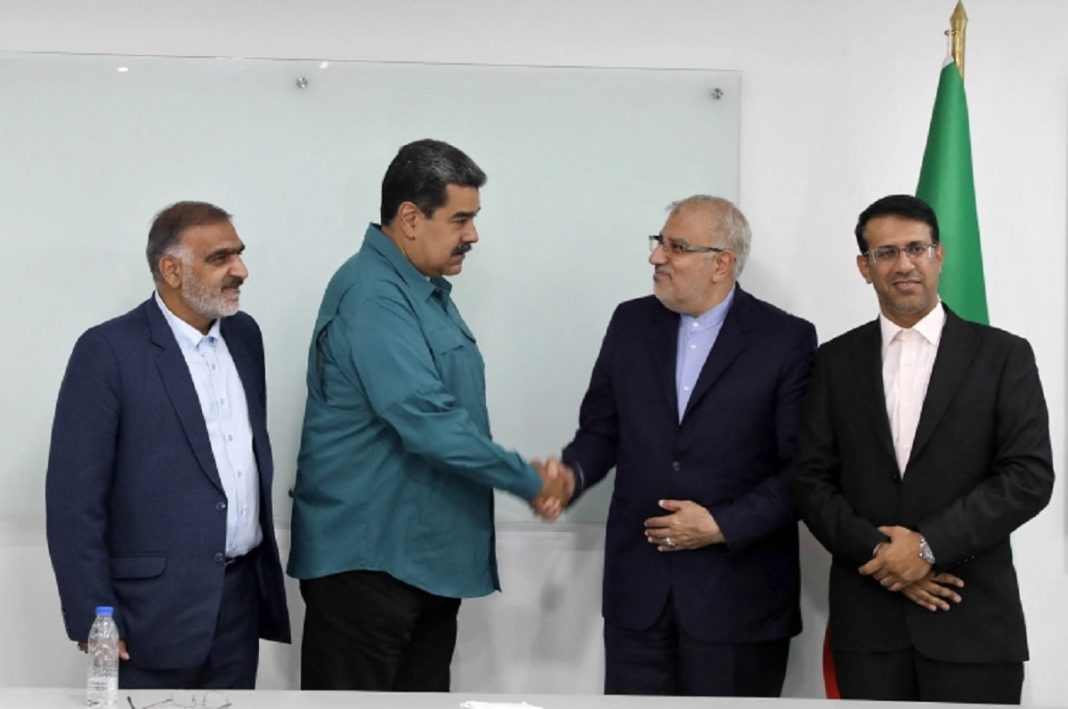 Iranian Oil Minister Javad Oji has held talks with Venezuelan President Nicolas Maudro over ways of neutering the US sanctions against the two countries.

In a tweet, Maduro described his meeting with Oji as constructive and said the talks were aimed at deepening friendly relations and energy cooperation between Tehran and Caracas.

The Venezuelan state TV aired images of the meeting.

Venezuela sits on the largest proven oil reserves and Iran is also a big crude producer in the world.

Last month, the Islamic Republic’s production reached its highest level since 2018 when the US reinstated sanctions on Tehran.

Iran and Venezuela have been enjoying strong ties since 1999 when Maduro’s predecessor Hugo Chavez was in office.

The relations have grown under Maudro.