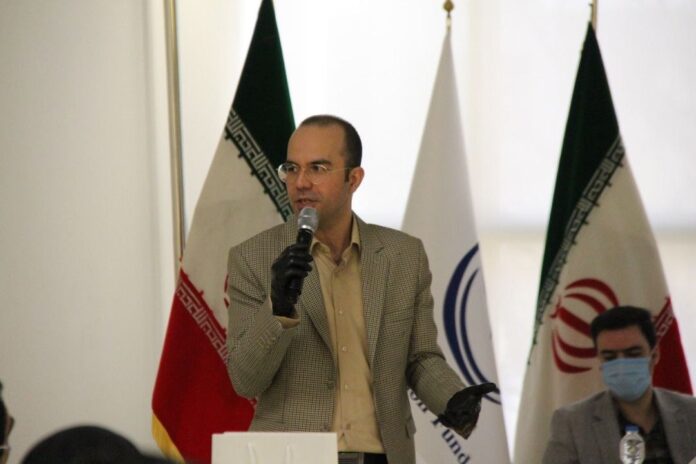 The Joint Diplomacy-Innovation Working Group of Iran’s National Innovation Fund (INIF) of the president’s office and the Ministry of Foreign Affairs held its second meeting to elaborate on the policies, services and potential of the INIF in the domain of international interactions.

The event attended by executives and experts of the foreign ministry was aimed at tapping into the potential of each side on the international stage and establishing joint structures with peer international institutions in order to back knowledge-based companies.

Present at the event was Ali Mohammadi, the acting head of the General Department for Coordination and Monitoring of Bilateral Economic Relations, who, in an inaugural address, stressed the importance of paying attention to the economic potential of knowledge-based firms when it comes to exports as well as the need for the foreign ministry to get familiar with innovation potentialities in the country.

He added among the key responsibilities of the foreign ministry’s Economic Diplomacy Department is to give direction to the country’s trade activities.

Mohammadi said policies on foreign trade are adopted at the foreign ministry and implemented by Iranian missions overseas.

He added such a move will not be possible without getting to know knowledge-based and innovation potential.

“Holding such meetings at the INIF can offer managers and economic experts at the foreign ministry a good understanding of the innovation ecosystem, which can help complete technological and innovative structures as well as boost the country’s foreign trade,” the official explained.

He touched upon a rise in the number of innovations centres in recent years, adding the foreign ministry’s getting to know these structures are a preamble to the growth and development of foreign trade.

He also referred to multilateral agreements signed between the foreign ministry, the Science and and Technology Department of the president’s office and the Ministry of Health and Medical Education on facilitating visa requirements for technology and innovation experts.

“This will create the opportunity for the ecosystem to get the human resources it needs,” he added.
Mohammadi also expressed his gratitude to the INIF’s manager for international affairs and underscored such bilateral meetings should continue. He said such moves will further develop the language of innovation.

Also present at the event was Sohrab Assa, the INIF’s director for international affairs, who said familiarity with the concepts of the language of innovation are a precursor to international interactions.

“One of the major discourses in recent decades between different governments is the diplomacy of technology and innovation. So, it seems necessary to make further use of this type of diplomacy on the international stage and make foreign ministry experts and managers familiar with concepts associated with this kind of diplomacy,” he said.
“By promoting this language, we at the INIF aim to bring about more rapport with foreign ministry experts when it comes to evaluating technological and innovative developments on the global stage, and to boost and strengthen knowledge-based economy in the country,” Assa noted.

He touched upon one of the key concepts mentioned in the book “Why Nations Fail” by Daron Acemoglu and James A. Robinson, saying national determination to establish a rapport between different players in the country’s innovation ecosystem as well as in the nation’s diplomacy apparatus will set the stage for boosting foreign trade and national development.

The official touched upon the different rounds of policy-making in the domain of science, technology and innovation in the country and expounded on Iran’s innovation ecosystem as well as concepts associated with the innovation language.

He said among the demands of the INIF at the meeting are promptly informing players in the country’s innovation ecosystem of international events, utilization of the INIF’s potential in joint economic cooperation commissions, identification, introduction and presentation of models of cooperation and investment by the INIF with its foreign counterparts, facilitating the building of international networks with foreign sides to finance technological projects and help establish exports hubs in the country.

Also present at the meeting were several other INIF authorities, including Mostafa Baghdadi, the official in charge of ecosystem development management, Mohammad Hossein Rezvanian, the director for investment evaluation, and Mohsen Notash, the director in charge of contacting customers. They separately elaborated on their activities and reviewed potential for international cooperation.