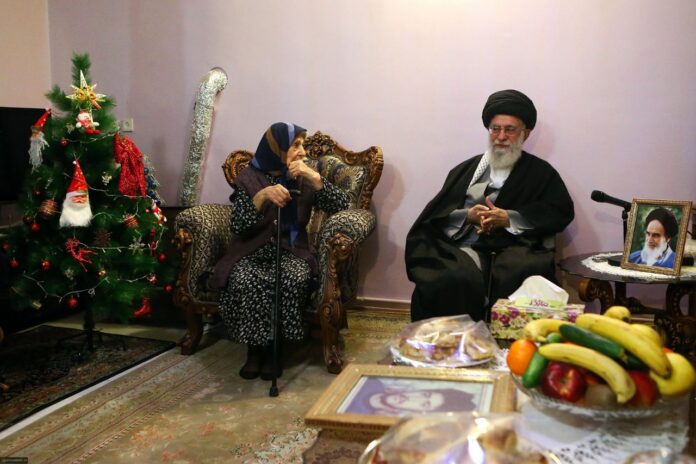 Several Iranian officials have offered congratulations to Iranian Christians on the birthday anniversary of Jesus Christ.

President Hassan Rouhani in a message congratulated the leader of the Catholic Church on the anniversary of the birth of Jesus Christ and the arrival of Christmas.

In his message, Hassan Rouhani congratulated Pope Frances on the arrival of the Christian New Year 2020.

Rouhani described Jesus Christ as a messenger of peace, kindness, freedom and altruism.

“Jesus Christ is a symbol of patience and forbearance, and harbingers dignity and freedom,” read part of the message.

He expressed hope that followers of all divine faiths will step toward the establishment of peace and justice.

“The honour Muslims attribute to Jesus Christ is no less than his position and merit in the eyes of the Christian believers in Christianity,” he tweeted.

“Today, many who claim to follow Jesus Christ, take a different path than that of him. The guidance of hashtag Jesus, the son of hashtag Mary (peace be upon our Prophet and her) is guidance towards worshiping hashtag God and confronting the Pharaohs and tyrants,” he added.

“Following Jesus Christ requires adherence to righteousness and abhorrence of anti-righteous powers, and it is hoped that Christians and Muslims in every part of the world will adhere to this great lesson from Jesus (pbuh) in their lives and deeds.”

Iranian Foreign Minister Mohammad Javad Zarif also expressed congratulations on the auspicious occasion as well as the arrival of Christmas.

“I wish a merry Christmas for my Christian compatriots and all those who honour Christmas across the world; I wish them a happy Christmas and a lively and calm holiday,” he tweeted.

“The birth of Jesus Christ, who is a divine prophet in Islam, is an excellent opportunity to celebrate,” he added.