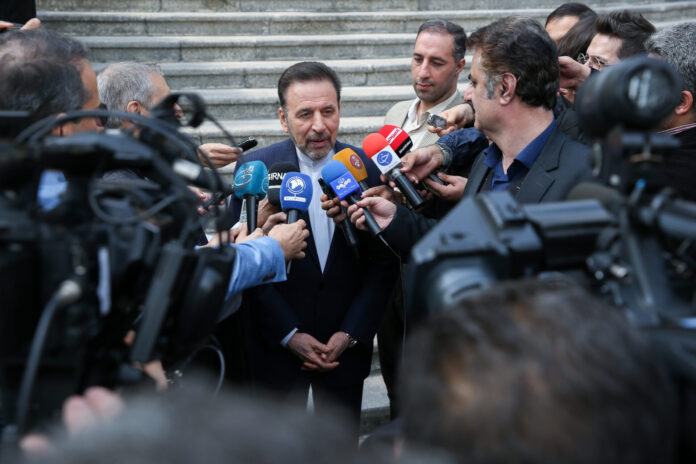 Iranian President’s Chief of Staff Mahmoud Vaezi has lashed out at the US, the Israeli regime and the Saudi kingdom for hatching plots against Lebanon and Iraq and sponsoring unrest in those two Arab countries.

Speaking to reporters on the sidelines of a weekly cabinet session in Tehran on Wednesday, Vaezi said, “The US, Saudi Arabia and the Zionist regime are controlling, directing and sponsoring the public demands and the virtual space (in Iraq and Lebanon), which is finally detrimental to people of both Lebanon and Iraq.”

He also reiterated Iran’s policy that the governments should respect the public demands and the demands should also be expressed in a way that would prevent chaos, unrest, damages or fatalities.

“The Islamic Republic of Iran’s permanent advice is calling for calm and not allowing the foreign forces to interfere in the affairs of countries,” the President’s Chief of Staff added.

Vaezi also took a swipe at the US, Saudi Arabia and the Israeli regime for their plots to weaken the incumbent governments of Lebanon and Iraq, to accuse Iraq’s religious authorities and official political parties of corruption, and to create a rift between Iraq and Iran.

“We and Iraq must be mindful to prevent the foreigners from achieving their objectives,” he added.

The presidential official further pointed to Iran’s next step in reducing commitments to the 2015 nuclear deal, saying a committee has been set up to weigh up plans for the fourth phase.

Vaezi warned that Iran will definitely take the fourth step in scaling back the JCPOA commitments in due time if the country’s demands are not met in the negotiations with the other JCPOA parties before the end of a two-month deadline.

Asked about the recent problems that a number of Iranians in Malaysia have encountered with their bank accounts, Vaezi said the problem is not confined to Malaysia, as Iranian students in the other countries have also faced such problems caused by the sanctions.

“Fortunately, the Foreign Ministry and our Embassy (in Malaysia) have held consultations, and many of those accounts have been unblocked,” he explained.

Vaezi then pointed to the domestic economy, saying the administration is gradually and carefully cutting the monthly cash subsidies for the affluent social groups, assuring people that their subsidy payment could be claimed back in case of a mistake.

He also noted that the US pressures have restricted the connections between the Iranian and foreign banks, stressing that the limitations are temporary.

The banking obstacles will be removed sooner or later, and the Iranian banks will be able to work with the world banks like before, he added.