A look at Iranian newspaper front pages on Oct. 12

IFP has browsed through the front pages of Iranian newspapers on Sunday and picked headlines from 15 of them.

The Supreme Leader’s decision to offer amnesty to or commute the sentences of as many as 1,256 Iranian prisoners convicted in various courts and the 2014 Golden Neuron Award which was given to Iran’s renowned scientist Professor Majid Samiias the world’s top neurosurgeon grabbed front-page headlines in several Iranian newspapers on Sunday. A gathering by Principlists “to unite” also appeared on the front pages of some dailies.

Abrar:“The Ministry of Culture and Islamic Guidance should not give in to illogical pressures by the Worriers [a group of Ahmadinejed supporters who have expressed concern about the state of affairs since the rise to power of President Rouhani’s government in 2013]”, appealed a statement by the artistic arm of reformist Mardomsalari (Democracy) Party. Arman-e Emrooz: “Pressures are being cranked up on Reformists to block the movements of the Moderation Camp,” writes the daily on hardline media attacks on former President Mohammad Khatami to interfere with efforts to promote moderation by President Rouhani’s administration.

Arman-e Emrooz: “Recent efforts by Ansar [Hezbollah to enforce morality laws] are politically motivated,” said Abdullah Nasseri, a member of BARAN Foundation (the Foundation for Freedom, Growth and Development of Iran), and a close ally of former President Mohammad Khatami. 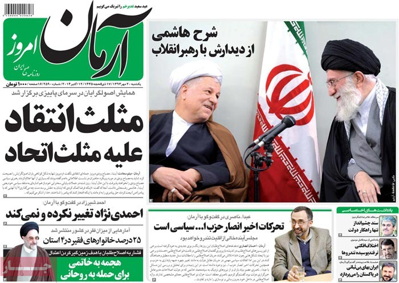 Asia: “Iran and the West have no other choice but to arrive at a nuclear agreement,” said Ali Khorram, an advisor to the Iranian foreign minister.

Asia: “A Europe-Iran economic forum [which meets in London on Wednesday October 15] has been given added weight by the presence of the US, ostensibly for supervision.” 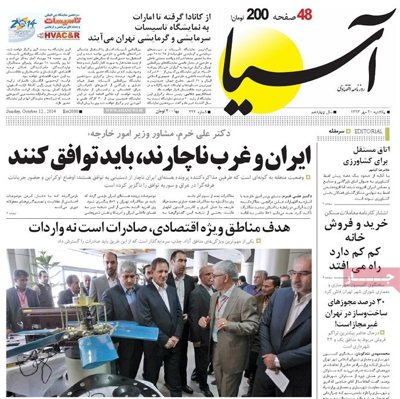 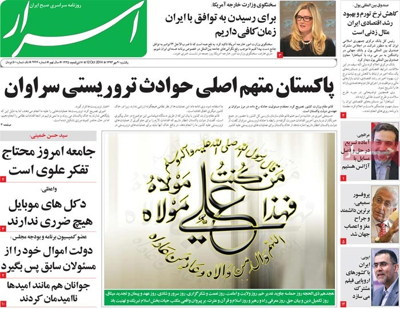 Ebtekar: “Professor Majid Samii was named the world’s top neurosurgeon,” is the daily’s pick for its front page. The World Academy of Neurological Surgery conferred the 2014 Golden Neuron Award upon the renowned Iranian scientist at its biannual meeting in Vienna on October 11. 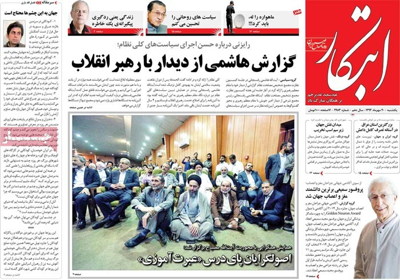 Etemad: “A political maneuver by the Principlists 15 months ahead of parliamentary elections,” appeared on the daily’s front page, saying that the absence of some heavyweights from Saturday’sgathering has raised concerns within the conservative camp. 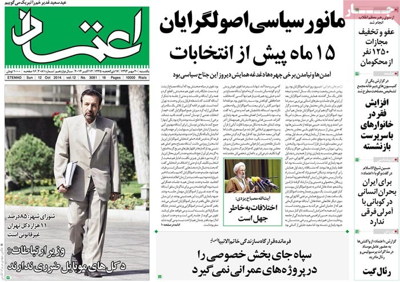 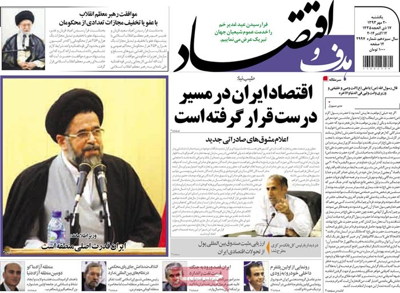 Hambastegi: “The question of unity would not have been brought up if there had been no differences,” said Gholam-Ali Haddad Adel, a former Iranian parliament speaker and a top Principlist figure. 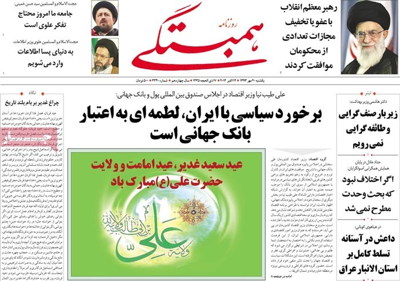 Iran: “A nuclear deal would pull the rug from under the hard-liners’ feet,” said Sadegh Zibakalam, a university professor and a political analyst.

Iran: “President Rouhani will have a direct talk with people on Monday night”. The President will go live on TV to give a progress report of his Cabinet’s performance. 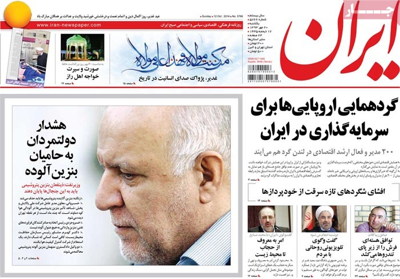 Jomhouri Islami: “Exporters would be given new incentives,” said the deputy minister of trade, industry and mines.

Jomhouri Islami: “Line One of Shiraz Metro was inaugurated in a ceremony attended by First Vice-President Eshagh Jahangiri.”

Jomhouri Islami reports that shortage of water supplies has prompted officials to issue a drought alert in three Iranian provinces. 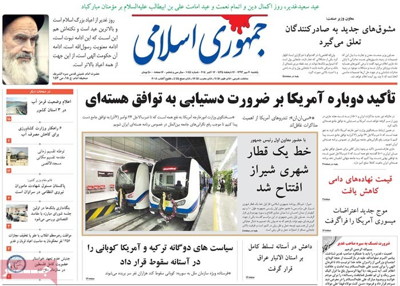 Qods: “The World Bank is not expected to adopt a politically motivated stance [against Tehran],” said Ali Tayyebnia, the Iranian economy minister, in the annual meetings of the World Bank and the International Monetary Fund in Washington. 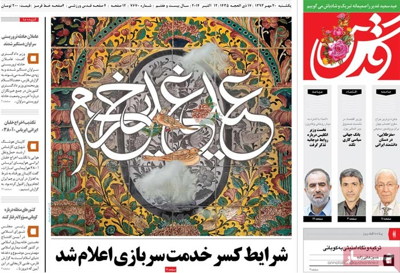 Resalat quoted Iraqi Foreign Minister Ibrahim al-Jaafari as saying that the deployment of foreign ground troops in Iraq is out of the question. 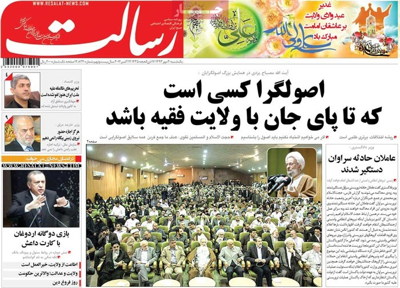 Roozan: “Those who have kept distance from moderation are to blame for the emergence of ISIL,” said Seyyed Hassan Khomeini, the grandson of the late founder of the Islamic Republic.

Roozan: “Former President Mohammad Khatami places emphasis on efforts to recognize the rights of and show respect for universities.” 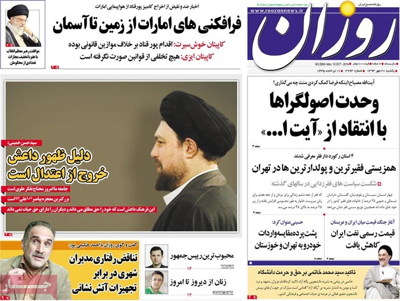 Shahrvand: “As much as 40 tons of humanitarian aid is en route to Iraq,” said the deputy director of the Iranian Red Crescent Society. 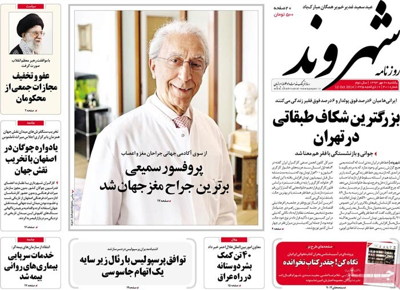 Sharq reports on “Untold stories about the university scholarship case”, saying that the names of the children of certain office holders under former President Ahmadinejad and those of MPs are on the list of students who have been favored with illegal scholarships. 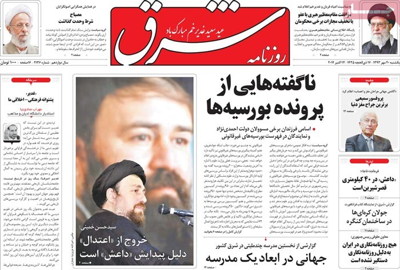