Turkey’s referendum on constitutional changes and the worldwide reactions to its disputed results was widely covered by Iranian newspaper today.

The upcoming presidential and local elections, particularly the candidacy of Iran’s First VP Es’haq Jahangiri as an alternative for incumbent president Rouhani, was also a top story today.

Several newspapers also covered the National Army Day and the military parades due to be held on Tuesday.

1- Iran’s Strategy is to Destroy ISIS before It Reaches Our Borders: Army General

3- Trump’s Deputy: All Options on Table about North Korea 2- Trend of Decrease in Iranian Families’ Income Started under Ahmadinejad 3- Tehran-Ankara Ties Will Not Improve [Editorial] 1- Judiciary Chief Calls for Restriction of Registration in Presidential Race 1- All Changes in Turkey Benefit Erdogan 1- Choosing Female Ministers is One of Rouhani’s Promises: VP

4- Erodgan to Increase His Interference in Syria, Iraq: Analyst 1- In Unprecedented Move, US Deploys 3 Aircraft Carriers in Korea

3- Iran Foreign Ministry: US Should Pay for Its Mistakes on Expansion of Terror 1- Turkey: Half Happy, Half Sad

3- Any Gov’t in Iran Will Continue JCPOA Implementation: Foreign Ministry 3- Rumours of Erdogan’s Cheating in Referendum: Protesters Pour into Streets 2- In Grief of Flood: Survivors of Recent Flood in NW Iran Talk about Their Sad Stories

3- Gap within One Nation: A Report on Result of Turkey Referendum 3- Conservatives Would Win Presidential Race in Run-Off Round 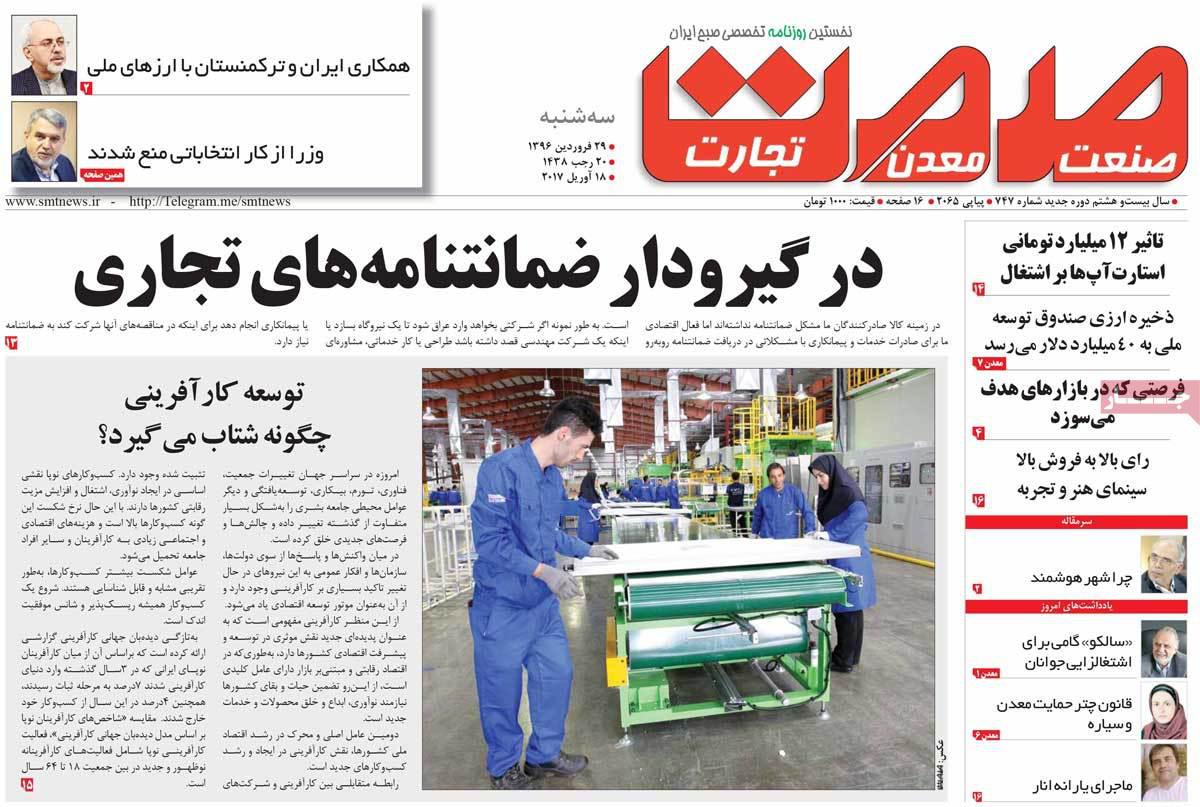