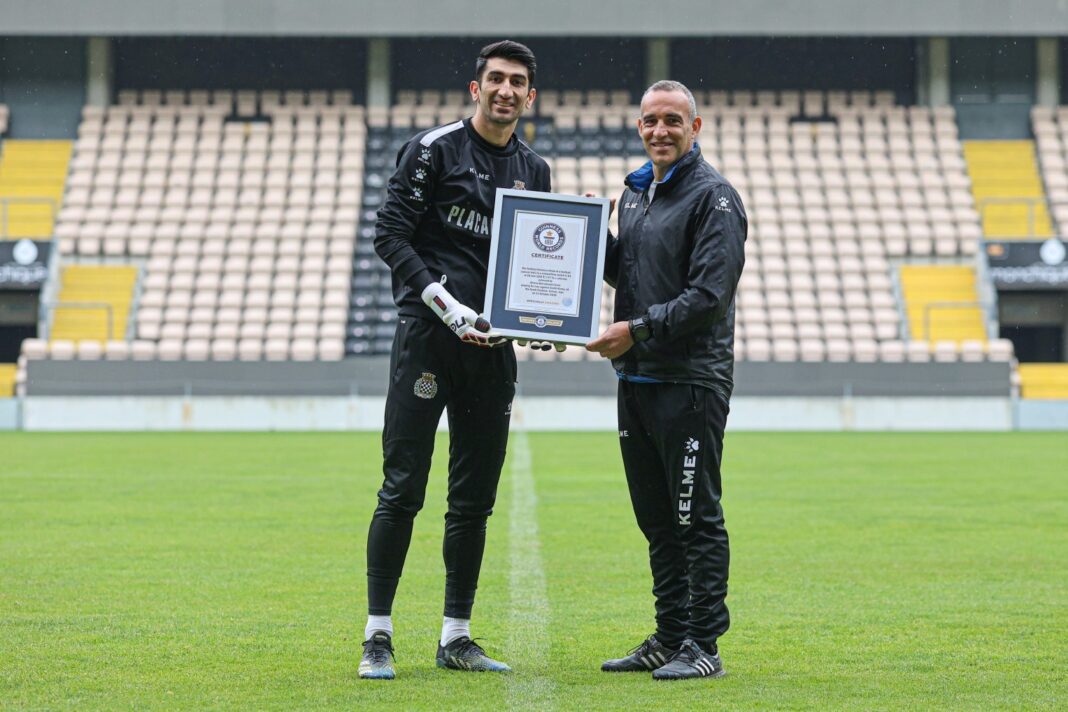 The Iranian National Football Team’s goalie Alireza Beiranvand has entered the Guinness Book of Records for the longest goalie throw of all time.

Alireza Beiranvand threw the ball 61 meters during the National Football Team’s match against South Korea in September 2021. That smashed all previous records.

The 28-year-old currently plays on loan for Boavista at Portugal’s Primeira Liga.

He helped the Iranian national team to the top of Group A in the FIFA World Cup Qatar 2022 qualifiers.

Many football fans, experts and even players including goalies would call his throws incredible stuff.

In addition to his ability to throw the ball long distances, Beiranvand’s story is nothing short of inspirational. As a youngster, he left his father’s home to achieve his dream of becoming a professional soccer player.

Having moved away from his own town, he was homeless for some time in Iran’s capital Tehran. He would later work in a dress factory, at a car wash and as a street cleaner before becoming of the best goalkeeper in Iran’s Premier League.

Beiranvand was catapulted into global stardom after he saved a Cristiano Ronaldo penalty during Iran’s match against Portugal at the 2018 World Cup.