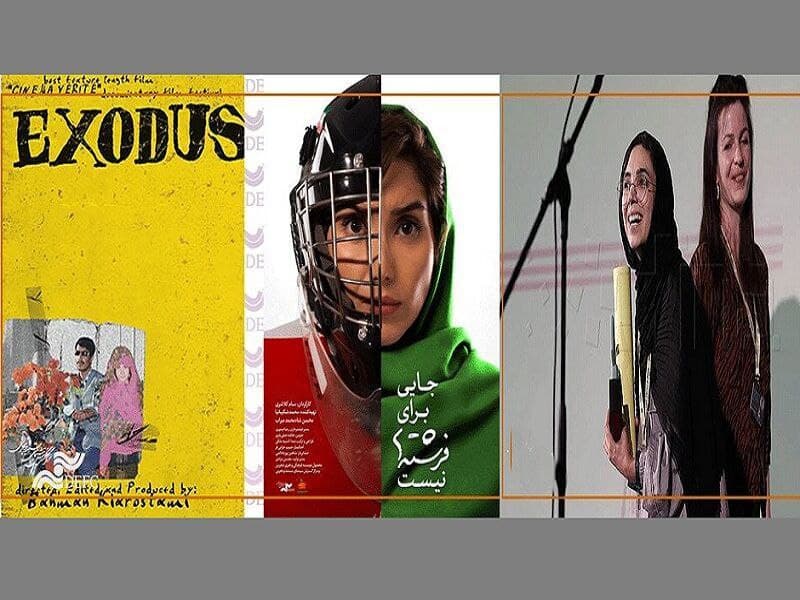 The Iranian documentaries “No Room for Angels” and “The Exodus” have been chosen to be screened at the 8th Iranian Film Festival in Paris.

This is while the Iranian animation “The Fourth Wall” received an award at the 19th Zagreb Film Festival.

As many as 30 feature films as well as short and long documentaries were screened at the Paris festival, which from June 23-29.

“The Exodus” is themed on a centre handling the affairs of Afghan migrants returning home.

The centre is tasked with registering and repatriating Afghan migrants who have illegally entered Iran.

The film has already won an award ar an Iranian documentary film festival.

“No Room for Angels” is a documentary about the National Iranian Girls’ Hockey Team and the complicated problems they faced when taking part in the South Asia contests in South Korea.

The film has already won several awards at two festivals held in Iran.

And at the International Zagreb Film Festival, “The Fourth Wall” made by Mahbouheh Kolaee received the Zlatko Grgić Award for the best first film made outside and educational institution.