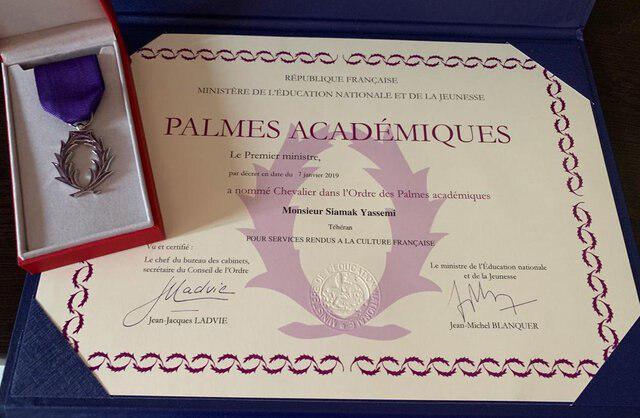 Siamak Yasemi is a faculty member of Mathematics, Statistics and Computer Sciences at the University of Tehran.

He is the first Iranian mathematician who has been elected as a permanent member of the World Academy of Sciences.

The Ordre des Palmes académiques is a national order bestowed by the French Republic to distinguished academics and figures in the world of culture and education.

Originally established in 1808 by Emperor Napoleon as a decoration to honour eminent members of the University of Paris, it was changed into its current form as an order of merit on 4 October 1955 by President René Coty.