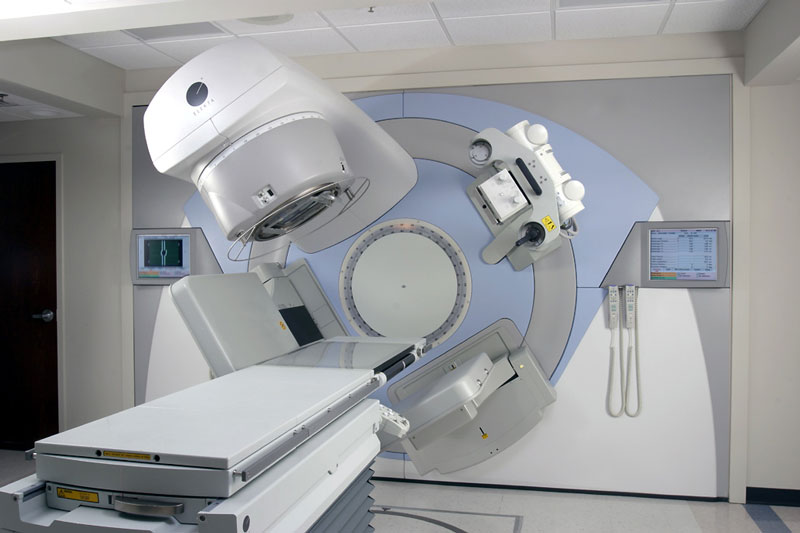 Navid Nejatbakhsh, the chair of an Iranian knowledge-based company, announced that an Iranian radiotherapy or linear accelerator (LINAC) machine to treat malignant tumours is going to be released within three months.

“The company’s experts started designing the machine about three years ago, and finally finished building it, along with its software application and accessories, almost two months ago,” Nejatbakhsh said.

“The machine was designed and manufactured by Iranian experts at the knowledge-based company, and is totally indigenous.”

“The water phantom device, and other complementary radiotherapy machines, have also been built by Iranian specialists working inside the country,” Nejatbakhsh said.

He further noted that developing such advanced technology will help the country save foreign exchange currency, as well as providing better patient services.

“The production licences must be obtained from two bodies, the Atomic Energy Organization of Iran (AEOI) and the Health Ministry’s Medical Equipment Department,” he said, adding that the process is in its final stages.

Nejatbakhsh referred to the machine as one of the major plans of the office of the President’s Deputy for Science and Technology, which will position Iran as one of the five manufacturers of this advanced technology globally, once released.

“Currently, the US, Britain, Poland, and China produce the machine, and Iran […] will become the fifth international producer of the linear accelerator (LINAC),” he added.

“We are very hopeful that we can be successful in the export of these machines, thanks to the support provided by the President’s Deputy of Science and Technology, and the Health Ministry.”