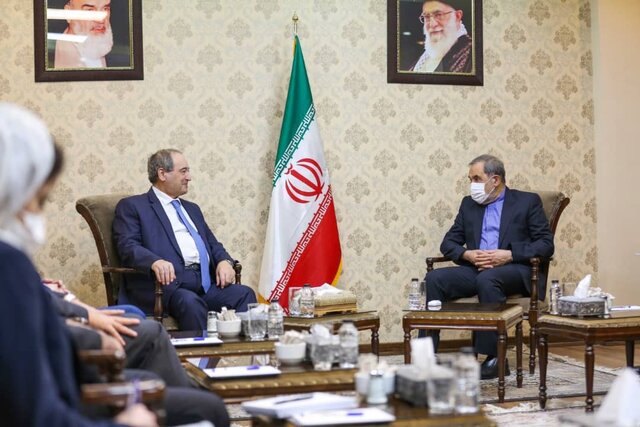 The path of resistance against enemies will be continued in Syria, a senior advisor to Leader of the Islamic Revolution Ayatollah Seyyed Ali Khamenei told the visiting Syrian foreign minister in Tehran.

“The path of resistance and confrontation with enemies in Syria continues and unity of the Resistance Front’s member states in recent years has made it possible to take effective, successful and unprecedented measures against continued domination of foreigners in this very sensitive region coveted by the United States and Britain in the past,” Velayati stated in a meeting with Syrian Foreign Minister Faisal Mekdad in Tehran on Tuesday.

He added that the formation of the resistance front has resulted in “very useful” outcomes and brought hope to the Muslim world that aggressive powers would be defeated through resistance.

The senior Iranian official stated that the Syrian president has managed to carry out unique measures in recent years — with the support of Iran, Russia and the Lebanese Hezbollah resistance movement and most importantly resistance of the brave Syrian people — in the face of the cowardly invasion of the Arab country, led by the United States, the Israeli regime and some reactionary countries in the region.

He further pointed to “strategic” relations between Tehran and Damascus and called on both sides to concentrate their efforts on the expansion of all-out ties.

Elsewhere in the meeting, Velayati noted Yemen’s resistance has defeated the occupying powers and would soon force them to retreat, adding, “We will see an independent and powerful country and a strong supporter of Islamic values and the interests of the suffering nation of the country.”

He also expressed confidence that the Lebanese people would overcome the problems caused by the United States and its mercenaries in the region and would continue their resistance against enemies to defend the country’s independence and territorial integrity.

This kind of battle, which is the result of unity among the resistance front’s countries, can be regarded as a model for the whole world, especially Muslim nations, with its positive effects in recent years, the Leader’s advisor continued.

The Syrian foreign minister, for his part, commended Iran’s support for the Arab country’s people and government and said the two states’ president would meet in the future given strategic mutual relations.

Mekdad said constant acts of aggression by the Zionist regime and its military presence in Syria as well as US unlawful sanctions against Damascus are in violation of Syria’s territorial integrity and the root cause of insecurity and economic pressure in the country.

However, he emphasized, the Syrian people have thwarted all enemies’ plots by its full resistance.

He also added the US must withdraw from the region and Syria in particular.

President Raeisi told the top Syrian diplomat that continued presence of foreign forces in Syria and elsewhere in the West Asia region is detrimental to security and stability of the entire region.

“Continuation of the illegal presence of foreign forces in the region and on the Syrian soil is detrimental to security and stability of the region,” he said, adding, “Daesh [terrorist group] was created by Americans and today, presence of both Daesh and America at any place in the region will be a great threat to security, stability and welfare of [regional] nations.”