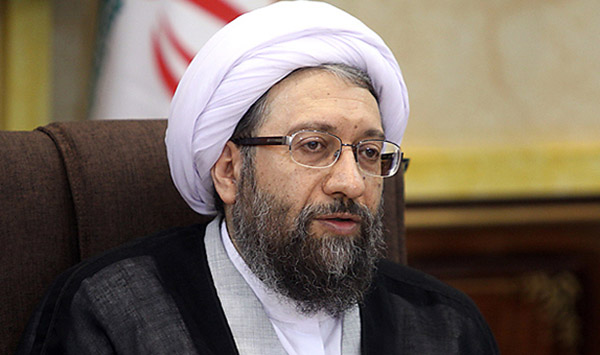 Sami Mushaima, Abbas Jamil Tahir al-Sami and Ali Abdulshahid al-Singace on Sunday faced the firing squad, six days after a court in Bahrain upheld their death sentences over allegations of involvement in a bomb attack some three years ago.

Speaking in a meeting of the Iranian Judiciary’s senior officials in Tehran on Monday, Ayatollah Amoli Larijani censured the Al Khalifa regime for putting the three to death for merely protesting against the Bahraini regime’s oppressive acts.

Noting that the Al Khalifa regime does not even recognize the citizens’ right to vote, he described the resistance of the people of Bahrain as a big test for the countries that claim to advocate human rights, criticizing them for their silence over the crackdown in Bahrain and for failing to hear the voices of Bahrainis, who are being killed by weapons provided to Manama by these very countries.

On January 9, Bahrain’s Court of Cassation upheld the death penalties given to the three young activists over allegations of killing a member of Emirati forces who had been assisting Manama in its suppression of Bahraini protesters in the northern village of al-Daih back in March 2014. Seven other convicts have also been sentenced to life in prison in the case.

Bahrainis took to the streets in cities and towns across the country on Sunday and Monday to condemn the ruling regime for the executions.