Reyhaneh Armaghani is an Iranian girl whose unusual career and field of sport, highlining, has won her some reputation. She walks on a thin belt, practices slack line and unicycle, and works at heights.

“I got acquainted with this field at the 2014 Climbing Festival in Kermanshah,” Reyhaneh Armaghani told Hamshahri newspaper in a recent interview.

“I used to be a member of the National Rock Climbing Team, but I quit it and started to do it just for fun sometimes. At that festival, highline competitions were also held. I was climbing when I saw someone walking on a belt in the heights. I went to him and asked questions. At that time, Iranian guys were practicing on slack line. I asked how I could start; they told me that the tool should be bought at industrial tools market. I bought an industrial belt that is used on truck loads and started working,” she added.

“I also tried unicycle on a trip out of Iran. In one, or two days I managed to do it. Back in Iran, I made a unicycle with a friend of mine. Sometime later I found one on Instagram who had two unicycles with different models. I met her and she lent her unicycle to me. My friend and I talked to a German company later, and we bought a new model at a good discount.” 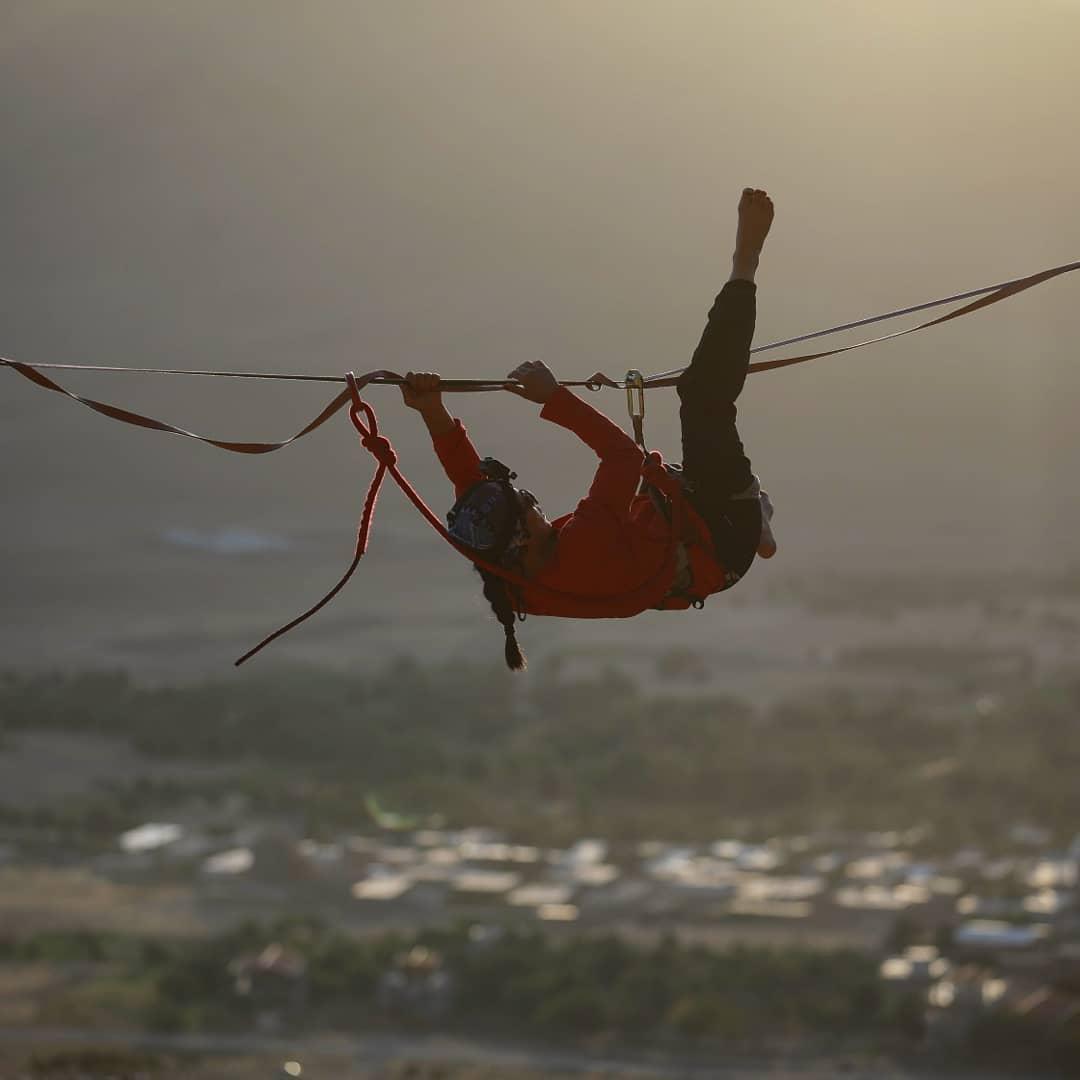 “I don’t want to exaggerate, but I’ve learned a lot in this field. Usually, those who do thrilling works, may have high levels of excitement and heart rate and cannot breathe. If you can control all of this, you can enjoy what you want to do, and it will affect your life unconsciously. I have learned to control, my emotions in my life, and not make an abrupt decision.”

Regarding her family’s concerns about her career, Reyhaneh said they do not have much trouble with this issue, but her mom is very scared and doesn’t even watch her movies.

“My elder sister was a mountain climber, so I went to the mountains a lot and started rock climbing when I was 13. As I used to attend sports events a lot, they got used to the things I was doing. I’m not one to stay on a job. I am 25 years old and have been working since I was 16. Now I am in the business of producing climbing clamps and rope access or work in the height.”

“In this job, I do whatever that is difficult for the landlord in the building to access and needs scaffolding, insulation, sealing, etc. Some things are so heavy to do, like rolling a bolt. You don’t have a lot of balance on the rope, but at the same time you have to take a heavy drill with one hand and it becomes tougher when you have to do it with your left hand. It’s not masculine, but it’s tough.”

About clients’ agreement to let a woman do such a job, she said, “We work with a friend of mine. At first they do not think I am going to get on the rope. They think I’m an assistant, but when I get dressed and grab my tools, they ask: Do you want to go on the rope too?”

Reyhaneh goes on to say that most of the clients worry about her because they are afraid of heights, but they encourage her. 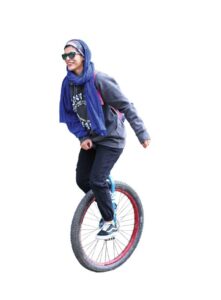 “At the start of the work, I bought a 15-metre belt and other tools. It was a onetime expense, but it was hard work. I worked alone in the snow and rain of Tehran and Hamadan. One gets motivated when sees the rest of the club members, but there was no one beside me; I didn’t even have a coach. I live in both Tehran and Hamadan. I had to travel from Hamadan to Arak for highlining. To make unicycle I cut the pieces with my friend. We made the chair ourselves too. All this did not cost so much. My record is 150 metres. When one sets 200 metres record, then must go for 500 and 700 metres, but we don’t have the tools,” continued Reyhaneh.

“Some say such activities are exciting when you are young. Maybe by the age of 40 you would have said that I wish I had done something else that would have made a better income. But I live in a way that at least I won’t regret it. I admit that at an older age, the excitement gets less. Maybe at age of 40, it would not make sense to me. However, what matters is what I want now. I live in a way that I’d say I enjoyed my life for 40 years.”