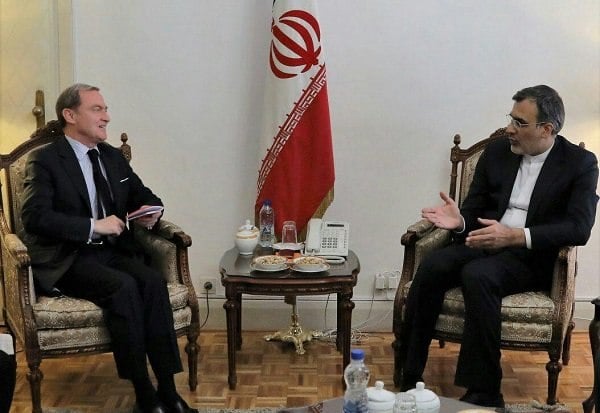 Hossein Jaberi Ansari, a senior assistant to Iran’s foreign minister in political affairs, has held talks with François Sénémaud, the personal representative of the French president for Syrian affairs.

During the Thursday talks in Paris, the two officials discussed regional issues, the latest developments in Syria, and ongoing efforts to end the crisis as quickly as possible.

Jaberi Ansari, who arrived in the French capital on Wednesday night after a visit to Brussels, also met the diplomatic advisor of the Elysee palace, and the Secretary General of the French Foreign Ministry on Thursday afternoon.

Earlier in the day, Jaberi Ansari also attended a working breakfast at the residence of the Islamic Republic of Iran in Paris with the French heads of France-Iran parliamentary friendship groups, Delphine Oand and Philippe Bonnecarrère.

The Iranian and French officials exchanged views on bilateral relations and cooperation between the two countries.