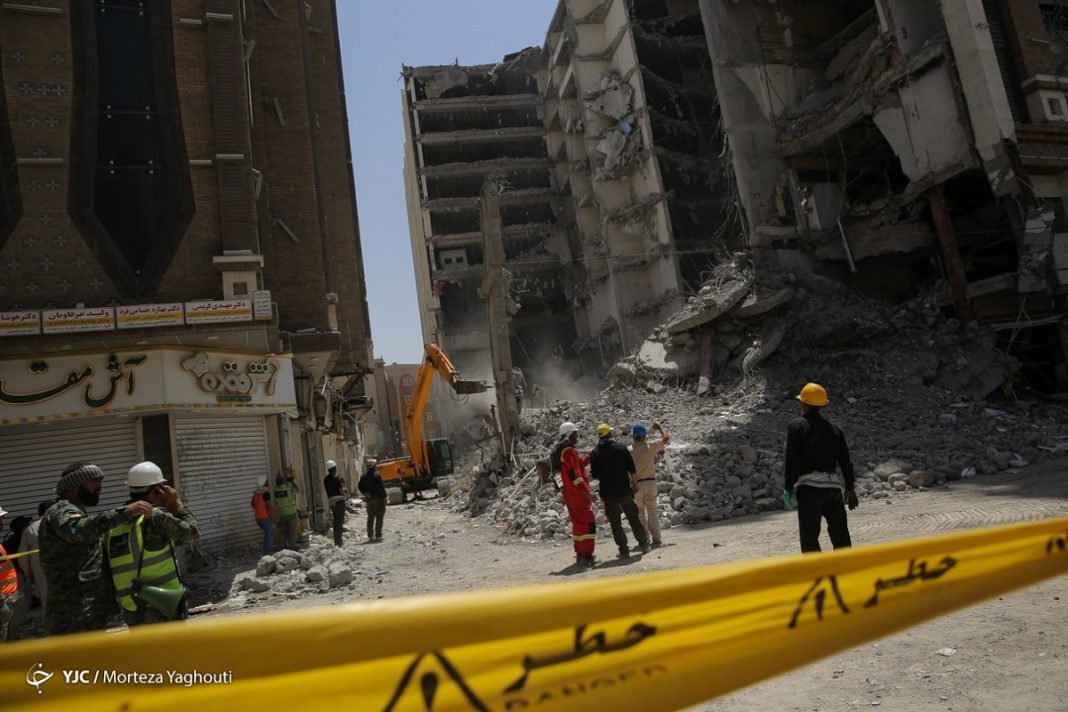 A senior Iranian forensic official has dismissed suspicions about the genetic identity of the body belonging to Hossein Abdolbaghi, the owner and builder of the Metropol Building in Abadan, which was retrieved from under the rubble of the collapsed tower bloc.

Reza Raoufian, the head of Iran’s National DNA Databank affiliated with the Legal Medicine Organization, said, “Based on statistical calculations, the probability rate of genetic relations between the deceased and his mother and children was determined to be standing at 99.9997 percent.”

A large section of the 10-story Metropol building that was under construction crashed to the ground last week, making it one of the deadliest such disasters in the country in years. The tragedy happened due to the building’s weak structures.

Iran has made several arrests in connection with the incident.

Abdolbaghi was initially announced to have been among the detainees, but judicial officials later reported that he had been killed on the spot. The conflicting reports led to speculation that he might be alive and allowed to escape.

Raoufian, however, rejected as “unscientific and imprecise” the rumors spread in cyber space aimed at casting doubt on the DNA testing performed on the remains of the victims, saying such rumors indicate that those who circulate them are not familiar at all with the genetic identification process and legal medicine.

A search operation is underway to recover all the bodies trapped in the debris. The process is said to be moving slowly and carefully because of the risk that the remainder of the tower block and adjacent buildings may collapse.

The death toll has so far reached 36, with the number expected to rise while several others are feared trapped under the rubble.