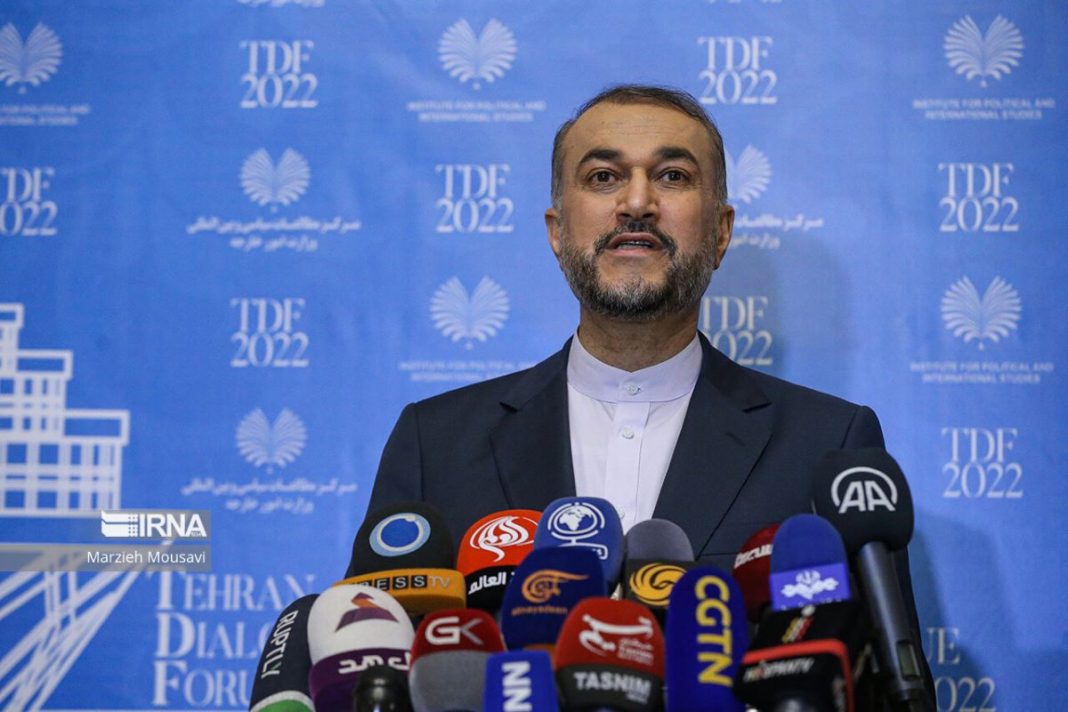 Iranian Foreign Minister Hossein Amirabdollahian says his upcoming trip to Jordan will be an opportunity for Tehran and the other parties to the anti-Tehran sanctions removal talks to resolve their differences.

Amirabdollahian said EU Foreign Policy Chief Josep Borrell and his deputy and the bloc’s nuclear talks coordinator Enrique Mora will attend the meeting in the Jordanian capital, Amman on Tuesday.

He added that negotiations between Iran’s chief nuclear negotiator Ali Bagheri Kani and between himself and Borrell are going on seriously.

He made those comments on the sidelines of the third session of the Tehran Dialogue Forum on Monday.

While noting that Iraq will top the agenda of talks at the Amman meeting, the foreign minister said Iran believes that the conference can serve as a long stride toward solving problems.

Amirabdollahian slso stressed that the second Iraq meeting can be a step toward overcoming the challenges, adding that the main message of the Tuesday conference should focus on regional cooperation without foreign interference.

The top Iranian diplomat also said Tehran has always welcomed dialogue and cooperation among regional countries including the Persian Gulf nations. He expressed hope that the US acts realistically.

Addressing the US, Amirabdollahian said, “I am explicity declaring to the US that they must choose between hypocrisy and seeking to return to the Iran nuclear deal.”

Amirabdollahian further spoke about Iran-Saudi negotiations. He said the will continues on their previous path. The top diplomat reaffirmed Iran’s readiness to normalize ties with Saudi Arabia anytime.

“It’s the Saudi side that should made its mind as to how to follow Iran’s constructive approach”, Amirabdollahian declared.

The foreign minister further spoke about a meeting between former US secretary of state Mike Pompeo and the leader of the anti-Iran MEK terror group.

Amirabdolalhian said Pompeo is an irrelevant American person and met with a group of irrelevant people who betrayed their own country and are responsible for the deaths of 17 thousand innocent Iranians.

He said such meetings are worthless.