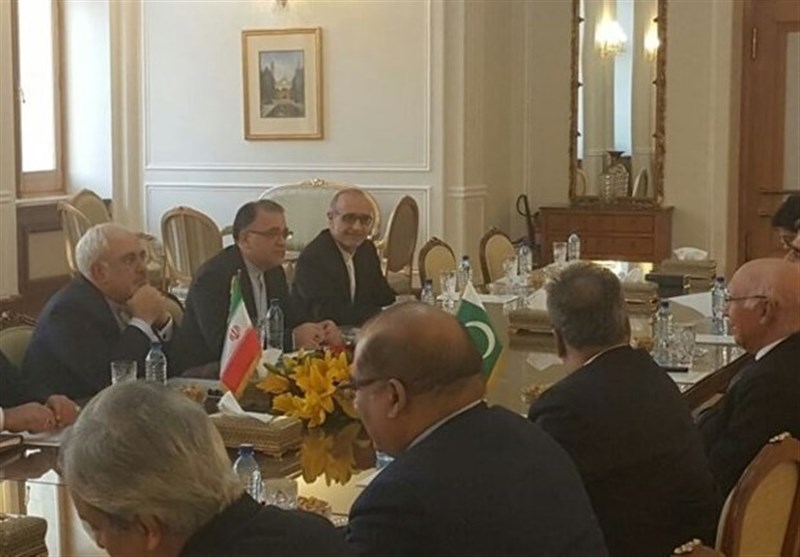 Iranian Foreign Minister Mohammad Javad Zarif and his Pakistani counterpart Sartaj Aziz in a meeting in Tehran on Tuesday explored the latest developments in the two neighboring countries’ ties and the region.

“It is expected that such relations would be boosted and the implementation of projects accelerated through joint efforts so that the two countries would witness even greater development of economic relations, which are beneficial to the two states and the region as well,” Zarif said.

The two sides also conferred on the latest developments in the region, ways to counter al-Qaeda and ISIS terrorist groups, the situation in Afghanistan and trilateral cooperation among Tehran, Islamabad and Kabul.

The Pakistani minister, for his part, said regional countries must strengthen their cooperation in the campaign against terrorism, adding that Pakistan has adopted measures to prevent the recurrence of such terrorist incidents.

Multiple terrorist attacks have rocked Pakistan over the past few days. More than 70 people were killed and over 150 others injured in a huge bomb explosion at a shrine in the town of Sehwan in Sindh Province on February 16.

The ISIS Takfiri group claimed responsibility for the attack.

As regards bilateral ties, the Pakistani foreign minister supported the acceleration of the implementation of joint economic projects with Iran.