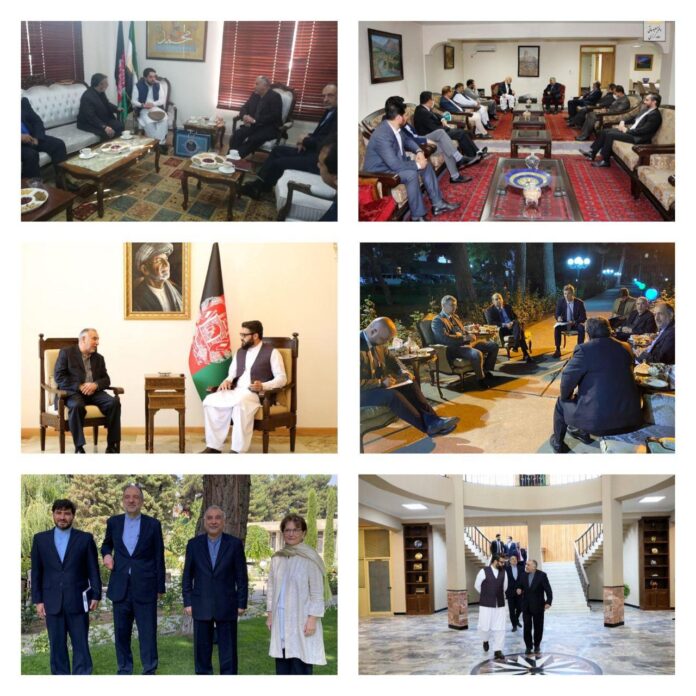 Ebrahim Taherian, a special assistant to Iran’s Foreign Minister in Afghan affairs, recently visited Kabul to hold talks with top Afghan officials and pursue Iran’s principled policy towards the country, which is based on the importance of establishing sustainable stability with an emphasis on the country’s Constitution.

During the trip, which was made a few days ago, Taherian and the delegation accompanying him met with high-ranking officials of the government of the Islamic Republic of Afghanistan, including President Mohammad Ashraf Ghani, Head of High Council for National Reconciliation Dr. Abdullah Abdullah, and acting Minister of Foreign Affairs Mohammad Haneef Atmar.

In all these meetings, the Iranian diplomat highlighted the national unity of the political forces of Afghanistan and the importance of establishing peace as a prelude to security and measurable sustainable development.

For their part, the high-ranking officials of Afghanistan, especially the president of the country, appreciated the support of the Islamic Republic of Iran for the peace process within the framework of the republic and the constitution, and called for the continuation of this strategy and further consultations between the two countries.

In her meeting with Taherian, Special Representative of the UN Secretary-General for Afghanistan Deborah Lyons hailed Iran’s support for the UN in assisting the Afghan peace process in the context of intra-Afghan talks, and called for continued reinforcement of the role of regional countries, especially those of Afghanistan’s neighbours, in different fields, especially in supporting the Afghan nation and government.