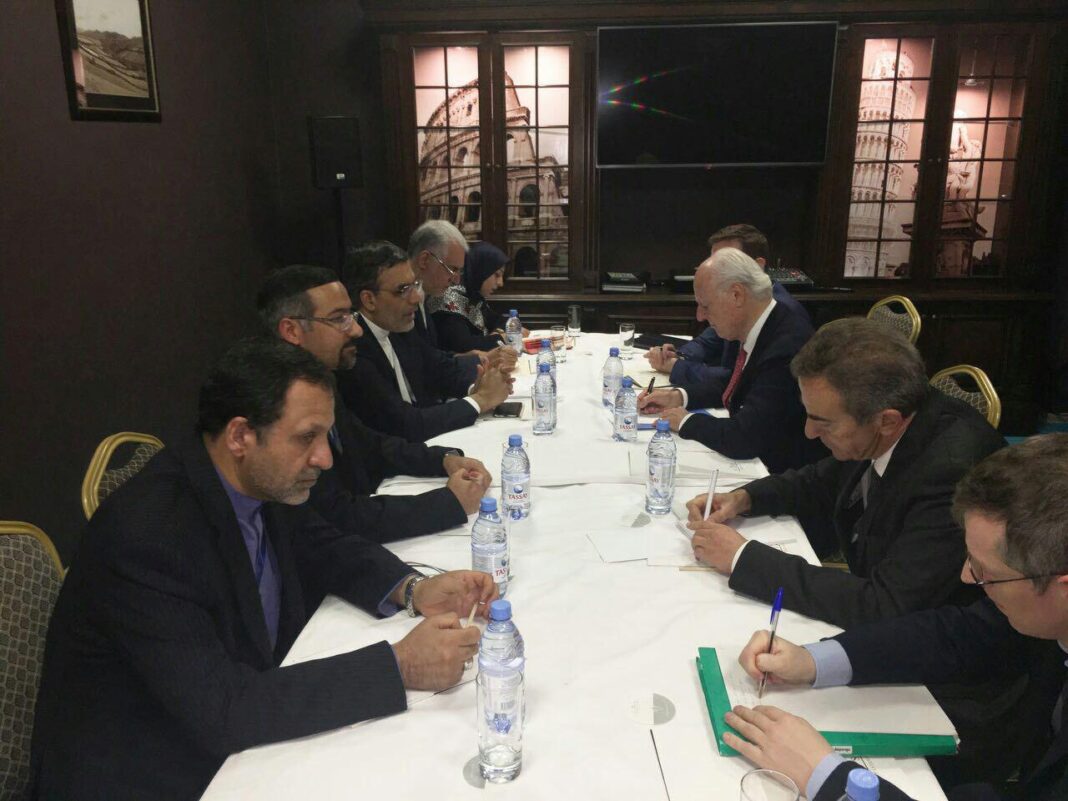 Iran's top negotiator at Syria talks in Astana has met with the UN special envoy for Syria Staffan de Mistura in the Kazakh capital.

Hossein Jaberi Ansari, who is also a senior assistant to Iranian Foreign Minister Mohammad Javad Zarif, discussed with de Mistura the latest trends in talks held in Astana and Geneva on the situation in Syria.

They also exchanged views on the decisions of the Syria National Dialogue Congress, especially the ones on the formation of a committee to draw up the Constitution.

In the meeting, Jaberi Ansari touched upon his recent negotiations with high-ranking Syrian authorities, and underlined the need to work out a solution that can win the trust of all sides involved.

The two officials also underscored the need to continue their consultations to help settle the Syria crisis.

The meeting was held within the framework of bilateral meetings on the sidelines of the 9th round of talks on Syria in Astana.