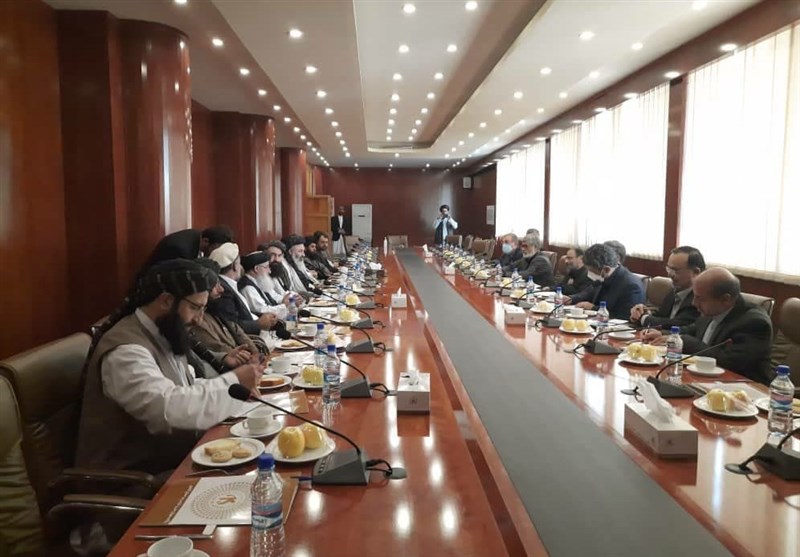 Following coordination with Iran’s Interior Ministry and the heads of the Afghanistan’s interim government, Mohammad Sadegh Motamedian, the governor of Khorasan Razavi province has traveled to Afghanistan along with his entourage with the aim of developing trade relations and investigating and solving transit problems in a meeting met with various Taliban officials.

That’s according to the regional office of Tasnim News Agency. The report says the Iranian delegation held talks with Afghanistan’s ministers of Economy and Information and Culture, the governor of Herat and the Afghan Customs officials to resolve border and transit problems.

The talks were also aimed at paving the way for bilateral agreements on facilitating border traffic, transit of goods and fuel, border markets and issues of mutual interest.

In these meetings, the two sides agreed to closely review and resolve those problems and Afghanistan’s customs and trade issues as well as the problems of drivers in Iran and Afghanistan within the next 10 days.

They also agreed that Dogharun Customs provide the required services to Iranian and Afghan transit vehicles on a 24-hour basis in the next 10 days.

According to the agreements between the Iranian and Afghan officials, a delegation consisting of the Ministry of Roads and Urban Development of Afghanistan and the Governor of Herat, as well as representatives from Khorasan province and representatives of Iran’s Ministry of Roads and Transportation are scheduled to visit and rehabilitate the railway line at the border and reach a conclusion within the next few days.

Motamedian had previously said, “Khorasan Razavi province has a 300-kilometer border with Afghanistan, and more importantly, the Dogharun border crossing, where 60% of Iran-Afghanistan trade is conducted, is located on the border with Khorasan Razavi.”