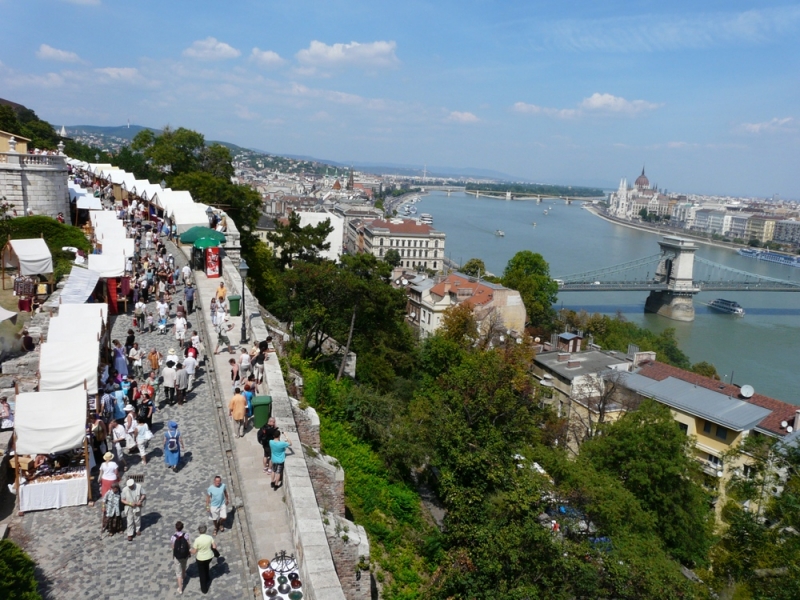 An exhibition showcasing the best of traditional handmade artefacts was recently held in the Hungarian capital of Budapest with Iranian artists putting on display their latest works.

The Festival of Crafts in Buda Castle Budapest is a celebration of crafts every August, around the 20th of August when Hungary’s birthday takes place.

The 31st edition of the 4-day festival was inaugurated on Friday, August 18, with artefacts from nine countries including Iran showcased in more than 100 booths.

The opening ceremony of the festival was attended by Iran’s ambassador to Hungary, Gholam-Ali Rajabi-Yazdi and his Hungarian counterpart in Tehran, Janos Kovacs.

Meanwhile, an Iranian artist played some pieces of Iranian traditional music which were warmly received by the audience.

Rajabi-Yazdi also held talks with the festival director, Gabriella Igyártó, on the sidelines of the opening ceremony.

During the talks, the Iranian official said Iran attaches great importance to showcasing its cultural and historical heritage for the Hungarians.

The participation of Iranian artists in the festival is a big step in making Hungarians more familiar with the Iranian culture.

For her part, the festival manager warmly welcomed the presence of Iranians in the festival and expressed hope that the Iranian artists help the Hungarians get more familiar with the rich culture of Iran by attending the festival in the coming years.