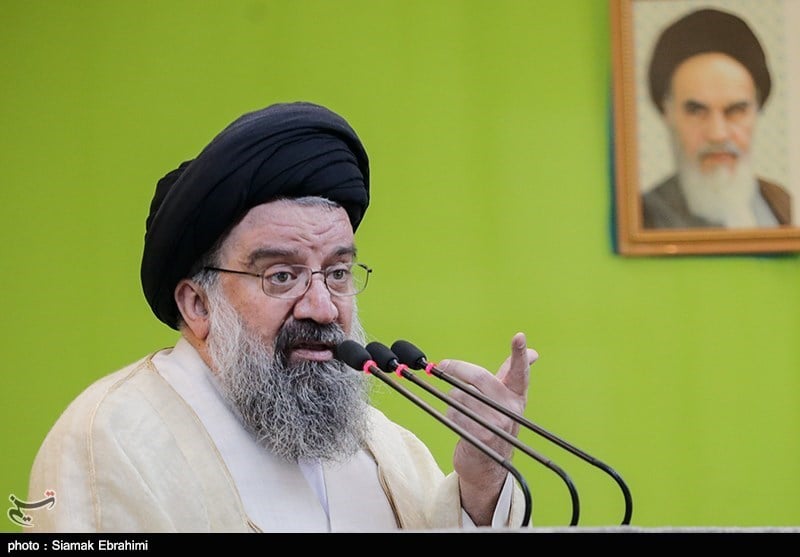 Tehran's Provisional Friday Prayers Leader Ayatollah Ahmad Khatami warned the Israeli regime that if it dares to test again its attacks on the Lebanese Hezbollah Resistance Movement, the Israeli cities will be “razed to the ground” by the movement.

Addressing a gathering of worshipers in Tehran on Friday, Ayatollah Khatami denounced recent remarks made by Israeli officials, who have threatened to attack Hezbollah by the end of 2018, and said the Zionist regime has already “tried its chance” in the past and was defeated by the movement.

Hezbollah (then) turned the Israeli cities of Tel Aviv and Haifa into “ghost towns” with its 70km-range missiles, he said, adding that Hezbollah is now much more powerful than before.

“If you want Haifa and Tel Aviv to be razed to the ground, you can try your chance once again,” the Iranian cleric stated.

Back in February, A senior Israeli commander warned that the chances of war were higher than ever for 2018 in light of the battlefield victories in Syria by the country’s president, Bashar al-Assad, Iran, and Hezbollah.

“The year 2018 has the potential for escalation (of military conflict), not necessarily because either side wants to initiate it, but because of a gradual deterioration. This has led us to raise the level of preparedness,” Maj. Gen. Nitzan Alon, head of IDF Operations, told Army Radio in a rare interview, according to local Israeli reports.

Hezbollah fighters defeated the Israeli forces and Tel Aviv was forced to retreat without achieving any of its objectives.