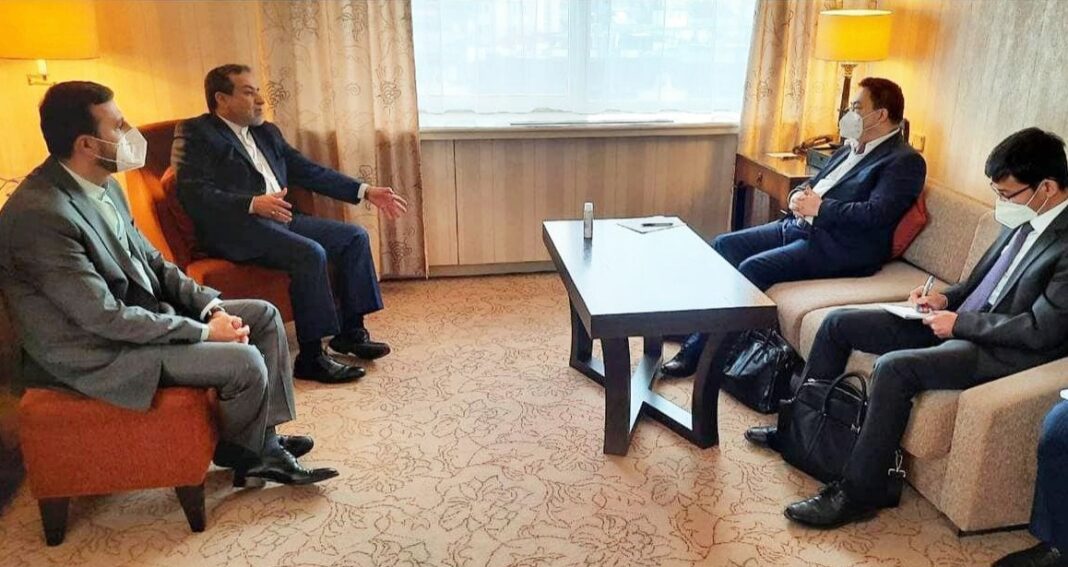 The head of the Chinese negotiating team in Vienna held talks with Seyyed Abbas Araqchi, the head of the Iranian delegation, at the latter's residence on Friday afternoon.

During the meeting, the two sides discussed the status of talks and certain important issues.

In the past few days, delegations from Iran and the P4+1 have resumed their consultations in different forms and levels.

Two quadrilateral meetings were held on Thursday and Friday between the heads of delegations of Iran and the E3 (France, Britain and Germany).

Meetings were also held between Araqchi and Enrique Mora, the Deputy Secretary-General of the European External Action Service.

The nuclear working group and the expert group on removal of sanctions, comprised of experts from Iran and the three European countries, have held several rounds of talks.