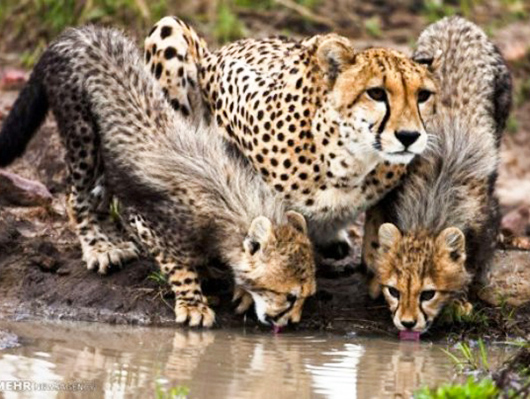 The head of the Iranian Cheetah Society (ICS), a Tehran-based NGO, said the population of Iranian cheetahs, also known as Asiatic cheetahs, is undergoing a rapid decline despite all measures taken to save the endangered species.

“The situation is very critical,” Morteza Islami said as cited by the Guardian on Tuesday.

“We have been monitoring the situation closely in the past five years and the population of female Asiatic cheetahs has significantly dropped.”

Tuesday was Iran’s national cheetah day, marking an event more than two decades ago when a cub named Marita survived an attack by a group of villagers in which his mother and two siblings were killed. Marita became a national symbol.

Iranian cheetahs are a subspecies of the fastest animal on earth and classified as critically endangered, with fewer than 40 believed to remain in Iran.

“In some of our other environmental areas we haven’t had any reports of female cheetahs for at least two years now, including in an area near the city of Yazd where only four male cheetahs survive,” Eslami said.

Two Asiatic cheetahs – a male, Koushki, and a female, Delbar – are held in captivity at Tehran’s Pardisan Park research centre. They have not yet successfully mated.