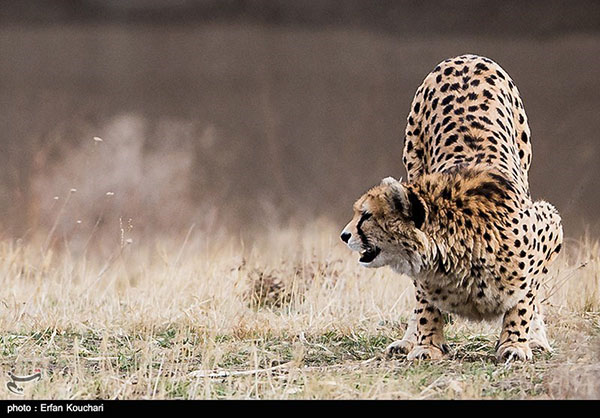 An interesting video has emerged showing an Iranian cheetah cub stealing a wildlife park ranger’s shoe outside his guarding post in the protected area of Seidowa Wildlife Refuge in Iran’s northeastern Semnan province.

The video emerged on a social media page associated with the Iranian Environmental Protection Agency showing a trio family of Iranian cheetahs consisting of a mother and her two cubs in Seidowa Wildlife Refuge.

The first part of the video shows a pair of two-year-old cubs walking alongside their mother, looking in good shape and healthy and probably going for an afternoon walk. Another one shows one of the cubs snatching the wildlife ranger’s shoe outside his outpost.

The incidents indicate the high level of security and tranquility for wildlife in the Seidowa region, as a wildlife protection official put it.

Asiatic cheetah is a highly endangered subspecies of which only less than 100 remain in the world, and it is now found only in Iran. One of its main habitats in the country is the National Park of Semnan province located south-east of Shahrood along Tehran-Mashhad Road and southeast of the city of Shahrood.