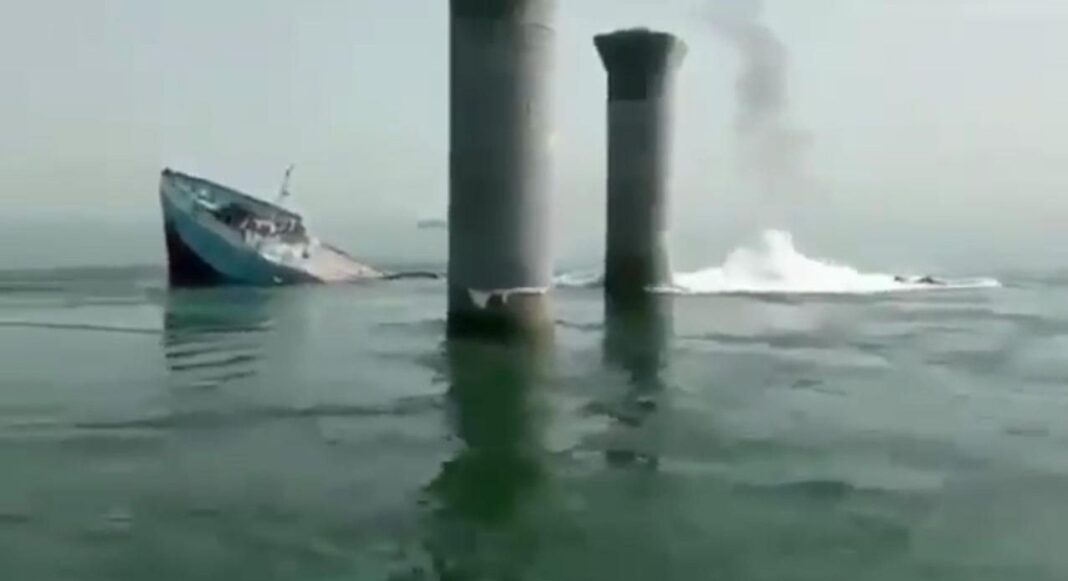 An Iranian cargo ship en route from the southern Iranian port of Khorramshahr to Iraq’s Umm Qasr Port capsized and sank in the Iraqi waters.

The Iranian vessel Behbahan sank in the early hours of Friday north of Persian Gulf and in the southeast of Umm Qasr Port, Iraq‘s only deep water port.

Khorramshahr Ports and Maritime Administration announced on Friday that the cargo vessel was carrying construction materials when it capsized.

Iranian officials say there were seven crew members onboard, of whom one has died and four have been rescued. Two people including an Indian national are still unaccounted for and the rescue teams are searching the area.

The Islamic Republic is now consulting with Iraq to send a team of marine experts to the scene.

The cause of the incident is under investigation and will be announced later, Iranian authorities at Khorramshahr Ports and Maritime Administration say.