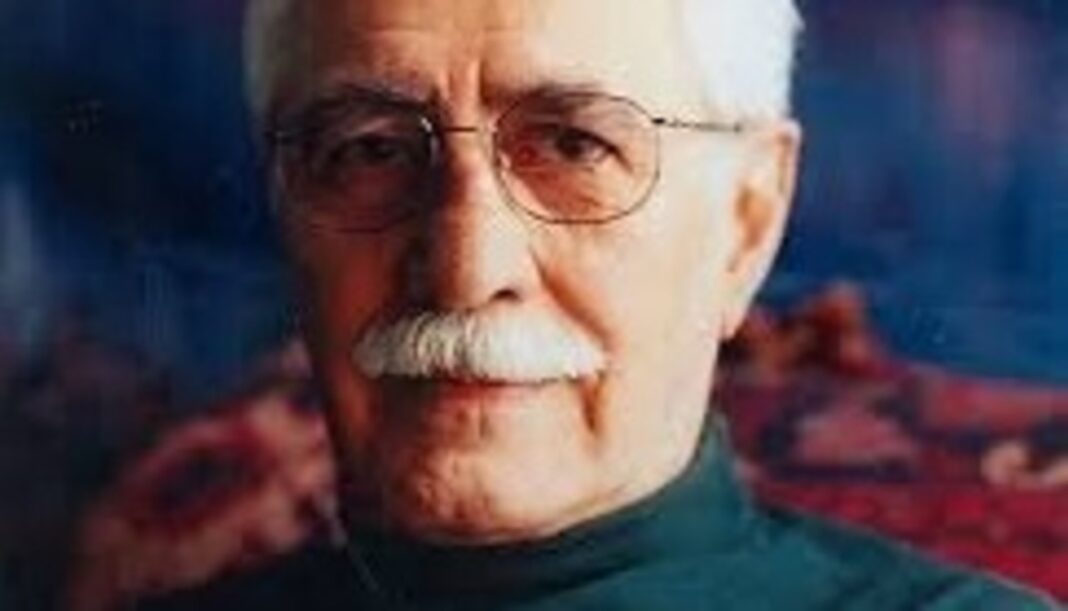 Iranian author and satirist Iraj Pezeshkzad has passed away in the United States at the age of 94.

He is mostly known for his novel My Uncle Napoleon published in Tehran in Persian in 1973. The novel was adapted to a highly successful TV series in 1976 directed by Nasser Taghvai.
The book and the TV series are often regarded as “the most important and well-loved work of Iranian fiction since World War II”.

It is noted for its lampooning of the common social attitudes and beliefs in Iran during the period of Allied Occupation of Iran. The novel has been translated by Dick Davis into English.

The story takes place at the time of Iran’s occupation by the Allied forces during the Second World War.

Most of the plot occurs in the narrator’s home, a huge early 20th-century-style Iranian mansion in which three wealthy families live under the tyranny of a paranoid patriarch Uncle.

A multitude of supporting characters, including police investigators, government officials, Indians, housewives, a medical doctor, a butcher, servants, and a shoeshine man also appear throughout the development of the story.