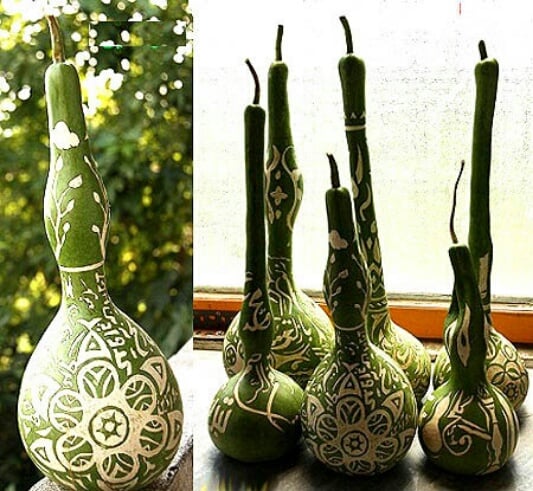 A talented Iranian man from the city of Babolsar in Mazandaran, northern Iran, makes beautiful pumpkin art by carving the fruit.

A Mazandarani artist named Hamid Reza Golmohammadi has received the permit to launch a pumpkin art workshop for engraving and paintings on pumpkins.

From the West to the East of Mazandaran, there are hundreds of products created with the innovation and art of Mazandarani craftsmen and the native culture and lifestyle of the province. They mostly include wooden containers and woolen or cotton clothes and dolls.

Golmohammadi has showcased his works at various exhibitions inside and outside the province. The artist had received a badge of innovation in arts in 2000.

According to ISNA, at first the artist used to make the pumpkin art just for fun, but during various handicraft exhibitions, he decided to make money out of it. Therefore, he started to produce works that come to use.

In addition to producing decorative works, he made works such as vases, lamps and wall mirrors decorated with pumpkins since. Boxes, musical instruments, and other home stuff are among his other products.

Golmohammadi believes that a handicraft artist can create valuable works of art; which may last a long time and be kept as an ornamental piece in exhibitions.

He says it is also possible to produce artistic stuff that all people can purchase. This way, people enjoy the art while the artist earns good money.