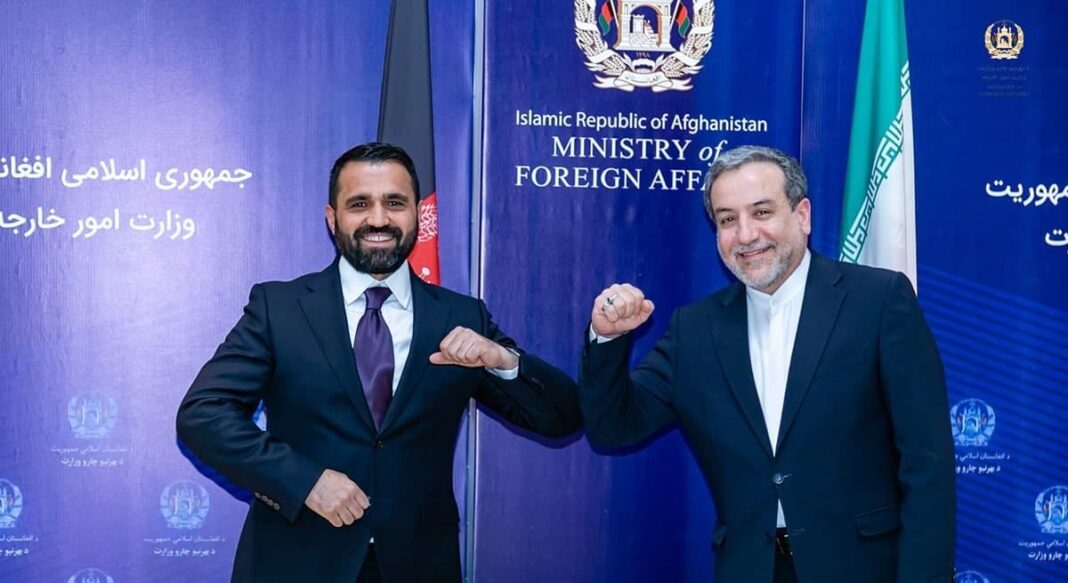 In the Saturday meeting, the Afghan deputy minister expressed gratitude to Iran for hosting the Afghan refugees uninterruptedly and for supporting the peace talks in Afghanistan.

Nab also congratulated the Iranian and Afghan governments and people on the recent inauguration of Khaf-Herat railroad in an online ceremony attended by the presidents of Iran and Afghanistan, describing it as a major step in strengthening and enhancing relations between the two neighbours.

For his part, Araqchi praised the Ministry of Foreign Affairs of Afghanistan for its warm hospitality during his stay in Kabul.

The Iranian deputy foreign minister also condemned the rocket attacks that have killed and injured a number of Afghan citizens earlier on Saturday.

Araqchi also expressed hope that a comprehensive document on long-term cooperation between Iran and Afghanistan would be soon finalized and signed.

The two diplomats further discussed the issues relating to the comprehensive cooperation document.

They also talked about the peace negotiations between the Islamic Republic of Afghanistan and the Taliban, Iran’s role in creating regional consensus on the political and security conditions in Afghanistan, the expansion of political, economic and trade ties between Tehran and Kabul, and other issues of mutual interest.