Iranian Academics in US Back Rouhani 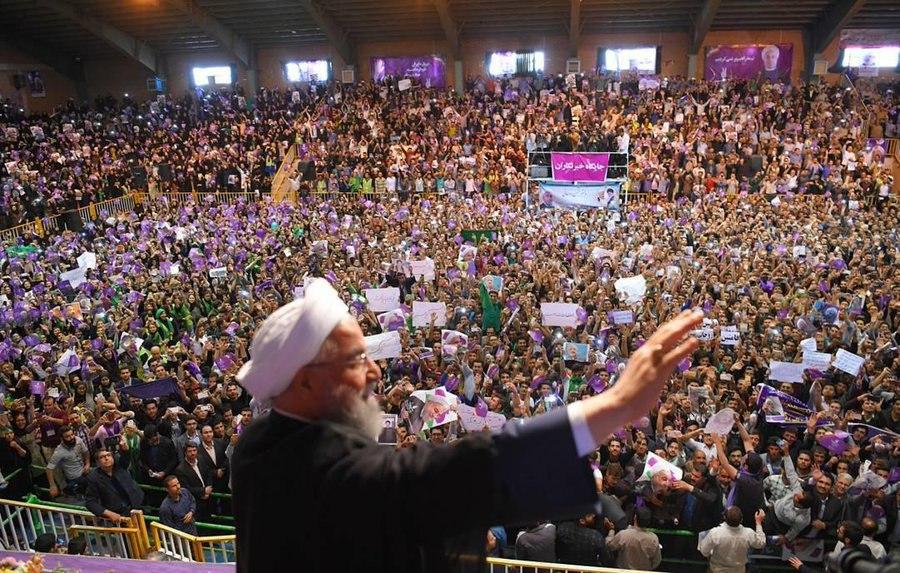 A group of Iranian academicians in the United States have thrown their weight behind Iranian presidential candidate Hassan Rouhani.

A group of Iranians professors, researchers and students at the Massachusetts Institute of Technology (MIT) and Harvard University have, in a statement, announced their support for Iranian presidential contender Hassan Rouhani. The full text of the statement follows.

Over the past few months, leading election activists in different countries have, unfortunately, not done enough to sway undecided voters. The results of voting in most of those countries showed that not participating in the election will not have a positive influence on national development and progress, but rather, will only make the road ahead more difficult and set the stage for monopolies. We, for our part, do believe that not taking part in elections and remaining indifferent in our country will never lead to democracy and national development, and that we can play a role in determining the country’s future by turning out en masse to cast our ballots.

Iranian experts working in modern countries have witnessed the effects of Iran’s development over the past four years. Economic indicators show the country is on the right path to all-out development. From the standpoint of outside observers, an administration which has managed to bring down the inflation rate from more than 45 percent in 2013 to 8 percent in 2017, and push up economic growth from “minus seven” percent to “plus eight” percent, has treaded the right path. Such statistics have laid the groundwork for economic boom as well as economic order and discipline in the country. Moreover, the administration’s not having injected fiat money into society, making every move based on consultations with experts, and believing in long-term planning shows the administration has not been using populist and demagogic tactics, and has prioritized free flow of information in the society and telling the truth.

Over the past four years, we witnessed the conclusion of one of the world’s landmark political and economic agreement on the back of efforts by the Rouhani administration. In the contemporary history, all countries on which similar sanctions had been imposed were gripped by domestic chaos and, in some cases, were attacked by foreign powers. But the Rouhani administration’s political prudence and art of diplomacy brought heads of state from around the world to the negotiating table. The historic talks led to the signature of a fruitful win-win deal. Few accords similar to this one can be found in the history of diplomacy. One of the early effects of the JCPOA was that Iranophobia diminished and was replaced by Iranophilia. Trump’s taking over as US president has made it all the more necessary for such policies to continue. One can say with certainty that Mr. Trump and his associates have not been able to deny the advantages of the JCPOA and have announced time and again that they are seeking pretexts to disrupt the deal.

Today, many experts and investors are keen to visit Iran and establish economic and scientific contacts with the country. This comes as we not only could not defend the performance of the ninth and tenth administrations in most cases, but were ashamed of their performance and could not justify their policies, which ran counter to national interests. All these reasons coupled with relative enhancement of cultural, political and social relations, the successful implementation of the healthcare insurance program, reaching self-sufficiency in wheat production and a rise in production and exports of oil, as mentioned in documented reports by international organizations, will turn Iran into a regional economic hub in the coming years.

By looking at figures released by Iranian science-based companies and their products in recent years, one can realize that Iranian university graduates prefer to stay in Iran and start modern businesses. This is an appropriate approach which runs counter to the path trodden by the ninth and tenth administrations and which suggests the Rouhani administration has invested in the younger generation.

We are of the conviction that May 19th presidential elections will not only serve to pick a president; rather, May 19 will be a day on which to show we are determined not to give up the right path which determines Iranians’ destiny. It will be a choice between going for rationalism, moderation or extremism. We regard it as a rational and expedient move to go to the polls along with you fellow countrymen in Iran, and play a role in determining the country’s future and insisting on civil rights.