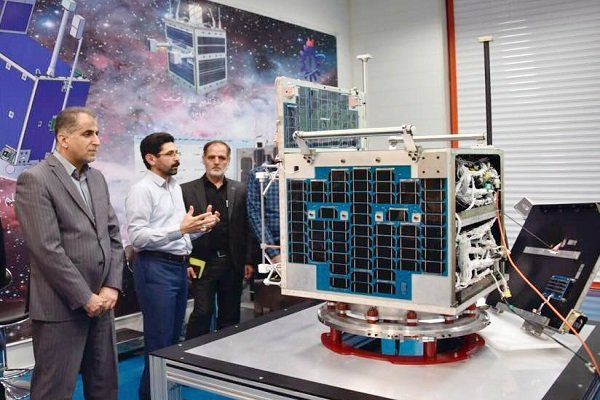 Iranian Minister of Information and Communications Technology says that the country is working on the launch of six research and communication satellites.

“A total of six satellites are high on the satellite launch agenda, one of which, Zafar-2, developed by Iran University of Science and Technology, is due for launch in May or June. The satellites Nahid-1, Nahid-2, and Pars-1 are also ready to be delivered,” said Mohammad Javad Azari Jahromi.

Pointing to the minister’s statements, Chairman of the Iranian Space Research Centre Saeid Samimi told ISNA that 3 out of the 6 satellites have been developed by his research centre.

Samimi went on to explain progress on building a couple of the satellites. “Besides its cameras, other parts of the remote-sensing satellite Pars-1 are prepared. We are waiting for the contractor to deliver the cameras so that we do the final tests and can deliver Pars-1 to Iranian Space Organization.”

Describing Nahid-2 as a communication satellite, he said that development of its engineering model has ended, and “we have entered the qualitative phase.”

Chairman of Iranian Space Organization Dr. Morteza Barari has said that Payam-2 also figures on top of Amir Kabir University’s agenda after failed launch of Payam-1, adding that it is “a research satellite … whose main goals and missions will be different than those of Payam-1 … We intend to move on to project-oriented satellites, and the university is drawing up the proposal.”

Since placing the satellite Omid into orbit in 2009, Iran has joined the countries capable of launching satellites. The country has had 4 successful and two failed launches on its resume so far.