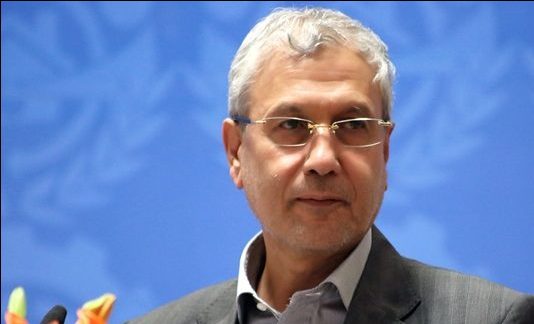 Iran’s government spokesman has urged vigilance against enemy's attempts to shatter peaceful coexistence among divine faiths which has been going on for centuries.

Ali Rabiei said signs of this mutual respect can be seen all across the world as, for instance, there are mosques and churches on the same street in many countries, including Iran.

“But today, ‘deadly identities’ have jeopardized this tangible civilizational heritage,” he noted.

He touched upon the emergence of the ISIS terrorist group, which committed so many crimes under the guise of religion.

He underlined certain entities are caching in on religion to build extremist identities, “whether in the form of Daeshism (the ISIS ideology) or Zionism or a form of extremism on the other side of the world which, in its acute form, boils down to Trumpism.”

The spokesman underscored these fatal identities endanger the peaceful lives of people in the region, no matter what religion they follow.

He said Iran has always sought to promote peaceful coexistence among divine faiths.

“Having risen from an Iranian-Islamic civilization, Iran has drawn on religious teachings which are based on moderation and peace and tried to promote the spirit of coexistence in the region, which has been going in Iran for centuries,” Rabiei noted.

“We have always announced that peace is within reach in the region,” he added.

“This wishful event will be more achievable in these disappointing days if only all mankind and followers of divine faiths return to their traditions and real foundations of the beliefs and traditions of their prophets,” he noted.

“Today, every corner of the world is suffering from injustice, violence and discrimination,” he added.

“And even more bitter is the fact that much of these misanthropic acts are committed in the name of religion and under the guise of ostensibly religious rituals,” he added.

“What is called religious fundamentalism today is manifested in the unbelievable violence by the ISIS and the Israeli regime’s racism and the lust for endless wars in the United States,” he said.

“However, these are not fundamentalism; rather, they are an unprecedented distortion of the essence and heavenly message of divine faiths in order to serve the interests of forged civilizations,” he noted.

“By returning to the common precepts of divine faiths the centrepiece of which are individual and collective interests, justice, freedom, brotherhood and tolerance, one can once again experience bliss and peace,” the spokesman said.

“Returning as such to religious fundamentals and purging religion of all distortions is, more than anywhere else, necessary in our religion, which is rife with social and international conflicts,” he said.