Iran Victimized by Terrorists Sheltered in US, West: Rouhani 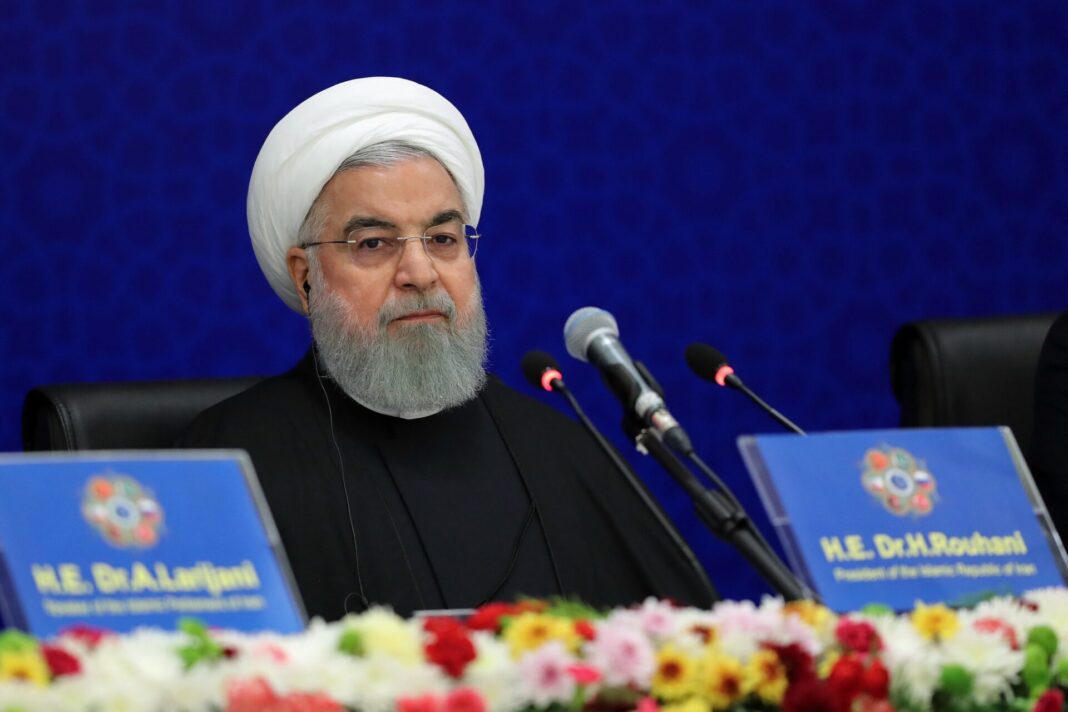 Iranian President Hassan Rouhani says the Islamic Republic, as a victim of terrorism, is at the forefront of fighting it, while the US and other Western countries are providing shelter for those criminals.

Rouhani made the comments in a Saturday address to the second edition of an international gathering of Parliament speakers from Afghanistan, Iran, Pakistan, Turkey, China and Russia on fight against terrorism and expansion of inter-regional ties.

President Rouhani said Tehran has always served as a solid block against the violence and misery mongers in the world.

“We have paid a heavy price for our resistance against them. We are spending $800 million in fight against drug trafficking to guarantee the growing health of nations from the Eastern Europe to Western America and from Northern African to Western Asia.”

He stressed that terrorist attacks have never undermined the resolute will of the Iranian nation and government in their relentless fight against all forms of terrorism.

The Iranian president then underlined that the Islamic Republic doesn’t expect the irresponsible players in the world to shoulder new responsibilities in creating a peaceful world.

“We can’t expect those players which destroy civilizations to prepare the ground for establishing the bases of a common civilization. However, we will never allow the US to go unpunished wherever it causes damages.”

He also said war on terror is a continuous campaign which should be taken seriously by all regional states.

“As we have announced, the Islamic Republic is prepared to take an active role in creating a strong region and make it free from foreign powers. To this end, we should rely on the regional nations’ strength. We should prepare the ground for a post-American world in which the US is not anymore capable of imposing its hegemony on others.”

Rouhani cited poverty, corruption and injustice as the main sources of terrorist violence in the region and urged the countries participating in the conference to shoulder their responsibility to eradicate the roots of terrorism through relentless efforts and cooperation.

He warned enemies against hatching plots to create divisions among the regional states and said the states should stay united in their efforts to stand against those players that spend billions of petrodollars on creating injustice.

“The country which has launched a trade war with China, taunted Pakistan about war on terror, cumulated Afghanistan, punished Turkey and threatened Russia and sanctioned Iran is the prime suspect in the case of the current regional crises. But we have come together here to say that we are no longer going to put up with the US arrogance and will resist against it.”

On sanctions imposed on the Islamic Republic, Rouhani said undermining Iran through sanctions will put in trouble many other states, adding, “We recommend those who don’t believe our words take a look at the region’s geography.”

“The US’ brutal and illegal economic sanctions on the respectful nation of Iran amount to a terrorist measure. Economic terrorism means creating chaos in a country’s economy and dissuading others from holding trade ties with it. The US withdrawal from the Iran nuclear deal and re-imposition of sanctions on the Islamic Republic is a prime example of economic terrorism,” he added.

He also called for the expansion of ties between Iran and its neighbours saying the regional states should put the focus of the diplomacy on multilateralism.