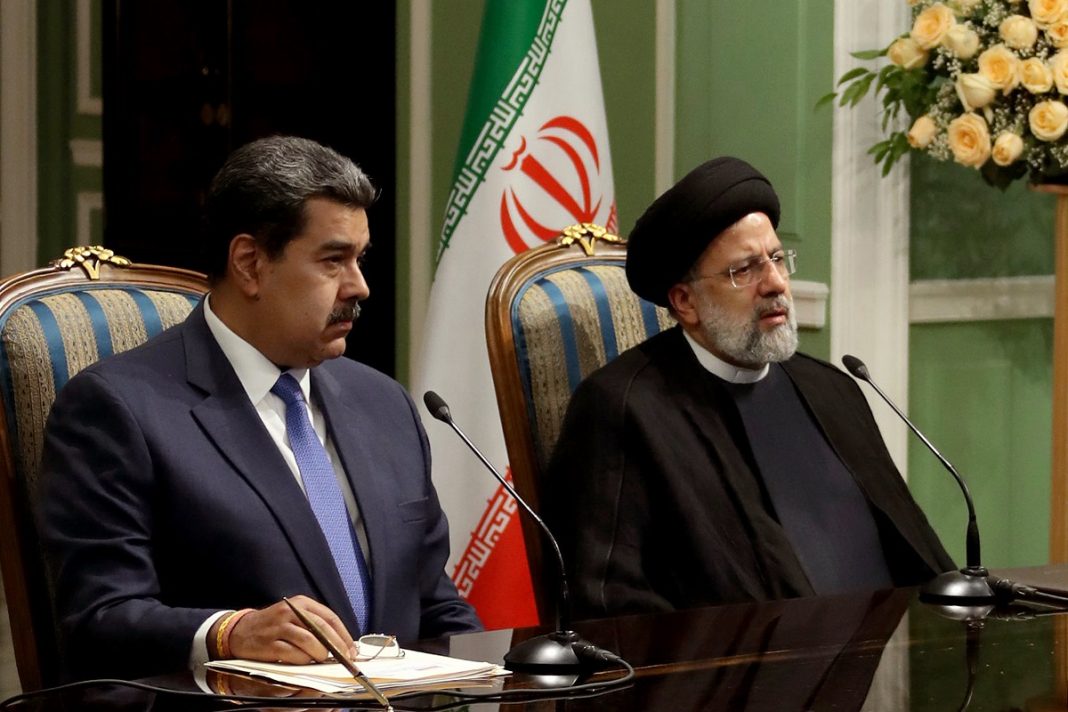 Iranian President Ebrahim Raisi says Iran has faced many sanctions and threats over the past 40-plus years, but the nation has decided to turn the bans into an opportunity to make progress.

Raisi was speaking during a joint news conference with his Venezuelan counterpart Nicolas Maduro in Tehran where he described bilateral ties as strategic.

He referred to a White House spokesman’s admission that Washington’s so-called maximum pressure campaign failed humiliatingly, saying this statement proves the Iranian people has triumphed over the US and other adversaries.

The president then cited Venezuela as an example in regard to resistance against sanctions.

He added that reports coming out of Venezuela show that the country has withstood mega-inflations and is now on track toward economic growth.

The president said this is a good sign and proves to everyone that resistance and perseverance pays off and forces the enemy to retreat.

Raisi described the Tehran-Caracas relations as strategic, adding the ties are continuing in all spheres.

He noted that the signing of the 20-year partnership agreement between Iran and Venezuela is proof of the determination of the two countries to expand their ties in all areas.

Raisi said Iran and Venezuela have good cooperation in areas such as energy, trade, agriculture and military, science and technology.

The Venezuelan president also said his country went through very tough times from 2017 and 2020 but it withstood pressures and assaults from the US.

Maduro said Venezuela will finally prevail and that the country will use the experience of the Islamic Republic of Iran in this way.

Maduro added that Caracas is seeking bright prospects in ties with Tehran through signing the 20-year partnership agreement.