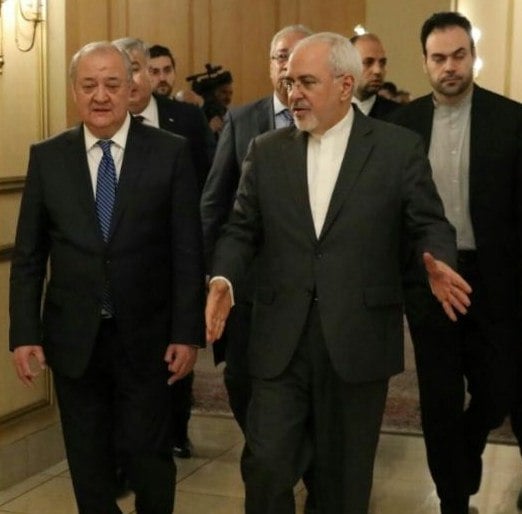 Iran’s Foreign Minister Mohammad Javad Zarif has discussed issues of mutual interest with his Uzbek counterpart Abdulaziz Kamilov, who is in Tehran heading a delegation.

During the meeting held on Saturday, the two sides discussed ways of enhancing bilateral relations as well as regional and international issues.

The discussions revolved around several issues, namely the signature of a comprehensive document on mutual cooperation in the fields of economy and trade, especially in the domain of energy (oil, natural gas and petrochemical activities), transit, rail transportation, consular services, tourism, etc.

The top diplomats also exchanged views on establishing more economical direct flights in order to encourage businesspeople and tourists of both countries to travel as well as expanding mutual banking cooperation.

Zarif and Kamilov also described as a common threat the activities of some terrorist groups, especially in Afghanistan, and discussed ways of working together to counter the scourge.

In the meeting, a joint letter of invitation from Uzbek and Afghan foreign ministers was handed over to Zarif, asking him to attend a conference on Afghanistan security scheduled to be held in Tashkent in late March or early April, 2018.