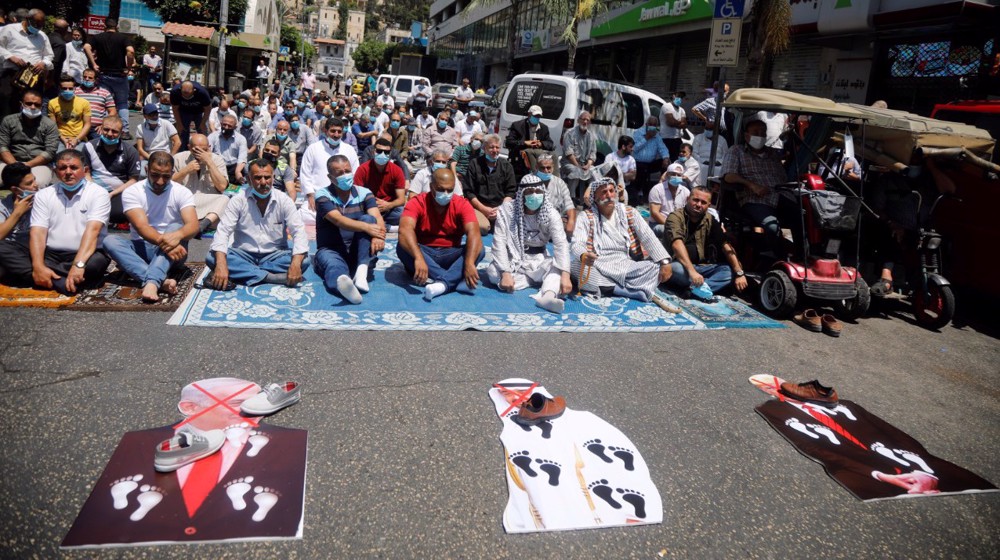 Iran’s Parliament chief has urged the legislatures of Islamic countries to do all in their power to block a “shameful” normalization deal between Israel and the United Arab Emirates (UAE), saying Muslim parliamentarians must join forces to foil a “political assassination” of the Palestinian people.

In a message sent to his counterparts in Muslim states on Tuesday, Mohammad-Baqer Qalibaf said the UAE-Israel agreement undermines efforts being made by the Organization of Islamic Cooperation (OIC) and the Parliamentary Union of the OIC Member States (PUIC) towards upholding the inalienable rights of the oppressed Palestinian nation.

Qalibaf said the US-brokered deal, which was released on Thursday, “encourages the usurpers of the Palestinian territory to occupy [even more land], deny the Palestinian people their rights, and destabilize regional peace and security; therefore, the compromise deal lacks any legal validity” in the eyes of the Palestinians and the entire Islamic Ummah.

He also praised the Palestinians for sticking to their culture and history, making sacrifices for their cause, and rejecting any compromise with the usurpers of the land of Palestine and Jeusalem al-Quds over the past seven decades of Israeli occupation.

The Iranian Parliament strongly condemns any measures that violate the Palestinians’ rights, including the UAE-Israel deal, he said.

The agreement, he added, is a “strategic mistake” on the part of Abu Dhabi as well as a “provocative move” that encourages the continuation of the crimes committed by the Zionist regime and threatens peace and security in the region.

“Accordingly, it is necessary for the parliaments of Muslim countries, as the representatives of Muslim nations, to firmly condemn the measure, based on Islamic teachings,” Qalibaf said.

The legislatures are also expected to “employ all parliamentary measures and initiatives to oppose and block this shameful agreement and uphold the inalienable rights of the Palestinians,” he emphasized.

Qalibaf further called on the Muslim parliaments to push their respective governments to condemn the normalization deal and use all their international and regional capacities to foil “this political assassination of the noble Palestinian people.”