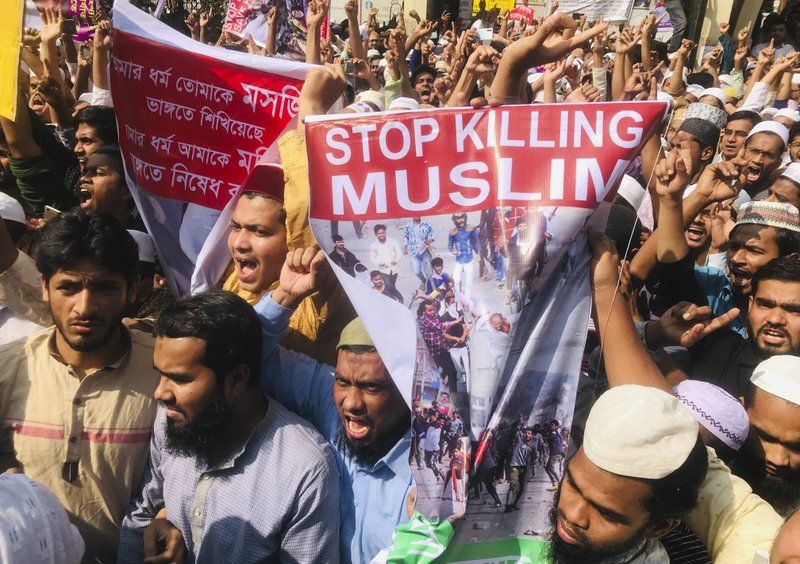 Iran’s parliament speaker has urged India to use all the capabilities and opportunities to put an end to the conflicts and resolve the issue of Muslims in a peaceful manner.

Expressing concern over recent violence against Muslims in India, Ali Larijani said India is a land of various races, languages, religions, and cultures and such moves are incompatible with the Indian culture and civilization.

“Th new law, called the Citizenship Law, in India imposes restrictions for Muslims and this has raised concerns,” noted Larijani.

“Muslims are part of the Indian culture and society and play an important role in the development of this country.”

Larijani further pointed to the importance of relations between India and Iran and called for the strengthening of dialogue and coexistence of all religions in India.

India has been the scene of protests and clashes since early December, when the Indian parliament passed a new nationality law that many Muslims see as a threat to their status as equal citizens.

The law gives a special track to Indian citizenship to immigrants from surrounding countries—but only if the applicants are Hindu, Sikh, Buddhist, Parsi, Jain, or Christian. Critics say that the law is a blatant attempt by Prime Minister Narendra Modi to implement his vision of a Hindu-dominated state, shore up support among the non-Muslim majority, and whip up sectarian tensions.

Critics also say that Modi is using the law—and the conflict it has unleashed—to distract from other issues, including a worsening economy that grew at the slowest pace in more than six years during the final quarter of 2019.