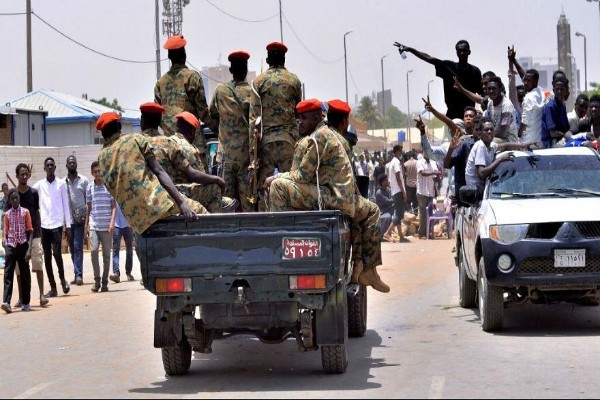 Iranian Foreign Ministry Spokesman Seyyed Abbas Mousavi has expressed deep concern over the re-escalation of tensions and deepening of internal conflicts in Sudan and condoled with the families of the victims of the recent clashes over the past days.

In a statement on Tuesday, Mousavi underlined the need to address people’s demands and the importance of a quick transition of power to civilians.

“It is imperative that all parties involved in this crisis refrain from taking accusatory approaches and deepening the internal hatred and lack of trust between various groups, and help end the crisis through adopting political and democratic approaches that promote dialogue between groups,” he said.

The spokesman also urged Sudanese people to remain vigilant against the interference of parties who have a long record of instigating violence and extremism and nurturing and promoting terrorism in Sudan’s internal affairs.

Mousavi warned against the interference of foreign powers which can prolong the crisis, and said, “We are deeply worried about the power clashes in this country and Sudan’s conversion into a battlefield for foreign axes.”

“We hope all internal parties of Sudan, on the eve of the great Eid of Muslims and on the basis of respecting the people’s demand, end the conflicts and move towards returning internal stability and security to the Sudanese people.”

Scores of protesters have staged nationwide demonstrations in Sudan over the past weeks, calling on the country’s Transitional Military Council (TMC) to transfer the power to a civilian government.

The TMC took over in April after former President Omar al-Bashir was toppled in a military coup following months of angry demonstrations against Bashir’s 30-year rule.

The military council tried to disperse the protesters by launching a violent crackdown on Monday, killing more than 30 people and injuring hundreds more during a weeks-long sit-in outside army headquarters in the capital Khartoum.