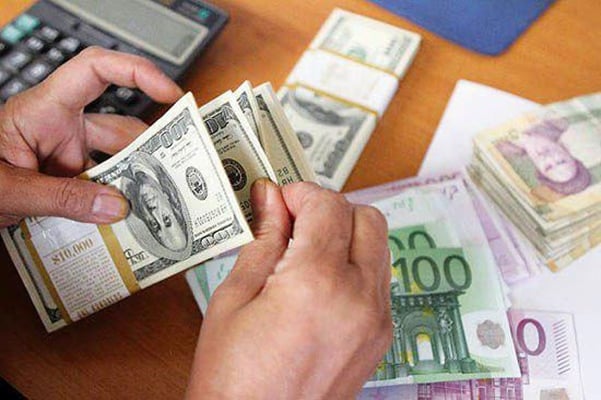 Abdolnasser Hemmati, the newly-appointed governor of Iran’s Central Bank, unveiled a package of measures to rein in the recent turbulence in foreign currency market in Iran.

Speaking in a live interview with the state TV Sunday night, Hemmati said according to the new policy, hard currency will be made available at a subsidized rate of 42,000 against the US dollar for purchases of basic and essential goods and medicine.

The governor said a secondary currency market will be launched, which gives importers of non-essential goods access to hard currency brought home by the nation’s exporters, including petrochemical, gas and oil companies.

The exchange rates in this market will be determined according to the supply and demand rule, he said, adding that this rate will govern the whole currency market as it will cover most of the nation’s need for currency.

“The central bank will try not to interfere in setting the price of currencies, which will be determined by supply and demand,” he said.

Hemmati said ordinary people who need currency for travelling abroad or other needs could purchase foreign currencies from foreign exchange offices at a price close to the secondary market rates.

The government on Sunday lifted a ban on the sale of foreign currency at floating rates, allowing exchange offices to sell at unofficial market rates for purposes such as overseas travel after a three-month hiatus.

That reverses the decision in April to ban trading currency outside the official rate of 42,000 rials to the dollar.

People Need Not to Worry

The currency package has been agreed upon by the three branches of power and economic experts, Hemmati said, expressing hope it could bring about a change in the country’s economy.

“The country’s currency balance is positive and we face no economic problems. This is a good time for opening the [secondary] market,” he said.

The CBI governor said the plan reflected Iran’s self-confidence in the face of the looming US sanctions.

“This shows our power. The same day you (the US) impose sanctions, we open our economy for the first time since the 1979 Revolution. We have no problems, so why should our people be worried?” Hemmati said.

The US pulled out of the 2015 nuclear deal in May, and re-imposed the first series of its anti-Iran sanctions on August 6 to escalate pressure on the country to force negotiations on a new deal.

The US is also working to pushing the world to cut trade with Iran and stop purchasing the country’s oil.

The first batch of sanctions on Iran’s automotive and metal sectors, gold trade, aviation industry and other fields snapped back on Monday.

Several Officials Arrested in Fight against Disruption of Economy

A dramatic decline in the value of rial has soared the prices of imported consumer goods and depressed some markets in the past few months.

Last week, the value of rial against the US dollar passed 100,000 in the free market, prompting the government, judiciary and the parliament to take immediate measures to stop the plunge in the value of rial.

The Judiciary has announced 45 people have been arrested on economic charges in recent days.

On Sunday the Judiciary said it has arrested a further seven people, including the former deputy governor of central bank, Ahmad Araqchi.

Araqchi was dismissed by Hemmati on Saturday from his position as deputy head for currency affairs.

Meanwhile, Iranian President Hassan Rouhani has been summoned to the Parliament to respond to questions about the Iranian economy.

Rouhani is also scheduled to appear on the state TV Monday night to talk about foreign policy and economic issues.

The policies introduced by Hemmati were warmly welcomed by the market on Monday, leading to a considerable decrease in the price of gold coin, US dollar and euro, among others.

Shorty after Hemmati’s remarks, forex dealers rushed to the markets in Tehran to sell their foreign currencies as they feared the rates would soon drop.

Experts believe the prices will continue to go down in coming days despite the imposition of the first series of US sanctions on Iran.