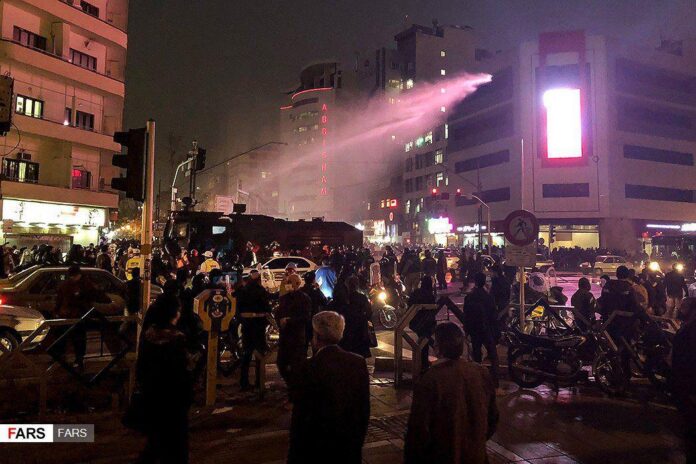 In an address to an official ceremony in the central city of Semnan, Rahmani Fazli called on the nation not to take seriously the rumours broadcast by the “enemies’ media” and said the unrest was quelled with the least possible costs thanks to the Establishment’s tolerance and people’s help.

“The issue of the violent unrest in Iran was not even raised in the country’s Supreme National Security Council,” he was quoted as saying in a Farsi report by ISNA.

The Iranian minister also said the unrest was controlled by the cities’ officials, adding that only in certain cases, the provincial officials stepped into the fray to resolve the problem.

He went on to say Iran is now in a stable condition. “We should preserve the current condition and work at a high speed and with high motivation to strengthen our national solidarity under the guidance of the leader of the Islamic Revolution.”

The interior minister also referred to the economic woes that Iran is now grappling with and said the government of President Hassan Rouhani took the country with an inflation rate of 46%. “But with hard efforts by the government officials, we have taken long steps to relieve the burden of the economic problems.”

He underlined that the efforts should be doubled if the problems are to be removed completely.

Rahmani Fazli cited moderation as the general policy of the government and said moderation is acceptable by any reasonable and moderate individual. “Moderation makes up the basis of most politicians’ career and only a few politicians view their success in radicalism or illogical principles but these people are in minority.”

He underlined that social tensions prevail in all countries and said in the recent unrest in Iran “we saw the hands of certain states which cannot accept the authority and sovereignty of the Islamic Republic.”

Last week, a number of peaceful protests began in several areas across the country, with the participants calling on authorities to address their economic issues. Those gatherings were, however, overshadowed when armed elements and vandals showed up among ordinary protesters and began to launch attacks on public property, police stations and religious sites.

At least 21 people including a couple of security forces have been killed in the violence, according to state media reports.

The violence drew praise from Israel, and the US which voiced firm support for the rioters.

Iranian officials said based on the rights enshrined in the Constitution people are free to criticize the government or stage protests, but the manner of expressing such criticism should be constructive and help improve domestic conditions.

For the second consecutive day millions of Iranians staged fresh nationwide demonstrations on Thursday to renew their support for the Islamic establishment and denounce the recent wave of deadly unrest that hit some areas in the country. Demonstrators flooded the cities in several town and cities, including the northeastern city of Mashhad, Isfahan, Shiraz, Rasht, Yasuj, Ardabil and Urmia.