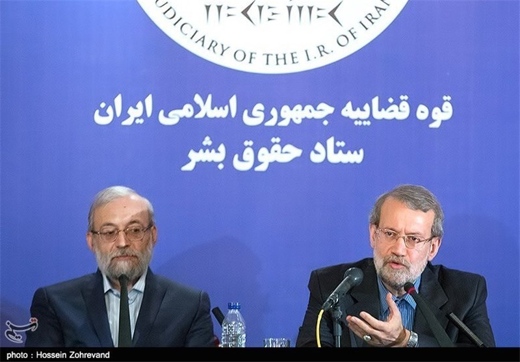 Iran’s top MP has said that human rights should turn into a public demand so that governments would be forced to take major steps in safeguarding human rights.

Iran’s Parliament Speaker Ali Larijani called for serious steps to be taken to implement the Declaration of Islamic Human Rights, a document adopted by members of the Organization of Islamic Cooperation (OIC) 25 years ago.

Addressing a ceremony in Tehran on Wednesday, Larijani said human rights should turn into a “public demand” so that governments would be forced to take major steps in safeguarding human rights.

The ceremony was held to mark ‘the Islamic Human Rights and Human Dignity Day’, designated by the OIC.

On August 5, 1990, OIC members adopted the Declaration of Islamic Human Rights in Egypt’s capital of Cairo. The document provides an overview of the Islamic perspective on human rights.

Larijani also said the Declaration of Islamic Human Rights contains profound concepts while having some weak points, too.

The speaker further lashed out Saudi Arabia for breaching the document by launching a military aggression against Yemen.

“According to the Article 3 of Declaration of Islamic Human Rights, if a war breaks out, the security of women, old men and those not involved in the war should be protected,” Larijani noted, making a reference to the death toll in Yemen under a Saudi-led invasion that began on March 26.

He further took a swipe at Israel as a criminal regime and at the US for its brazen supports for the Zionist regime’s atrocities in Palestine.

The Zionist regime of Israel has been founded on the basis of violation of human rights, Larijani stated, decrying Washington for taking pride in supporting those crimes.