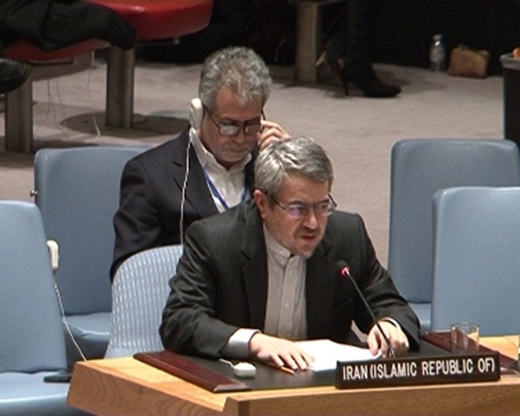 In a letter to UN Secretary General Ban Ki-Moon on Tuesday, he protested the threatening and outrageous remarks of the Zionist regime’s war minister Moshe Ya’alon and said his remarks indeed served as the involuntary admission of the regime’s possession of nuclear arms.

He said that Moshe Ya’alon’s recent remarks and his implicit confession – that the Zionist regime might use nuclear weapons against Iran the way it was used in Hiroshima and Nagasaki – as well as the threats he extended to the Lebanese people including women and children only reveal the regime’s aggressive nature.

Despite efforts to conceal its nuclear activities and deceive people about it, the Zionist regime has now admitted to possessing nuclear arms, downplayed the non-human attacks on Hiroshima and Nagasaki with a savage attitude and openly talked about using nuclear arms against Iran, he said.

The Iranian envoy further said that the Israeli war minister also reveals the pre-planned aggression against the civilians in Gaza and Lebanon, defends such brutal attacks and cruelly voices readiness to repeat such mass killings.

He said the United Nations Security Council is thus expected to condemn the irresponsible remarks of the Zionist regime’s minister and his open threats to use nuclear weapons and massacre civilians.

He also called on the UNSC to register his letter as an official document.