Iran, Turkmenistan, Kazakhstan are to be linked via rail in a month 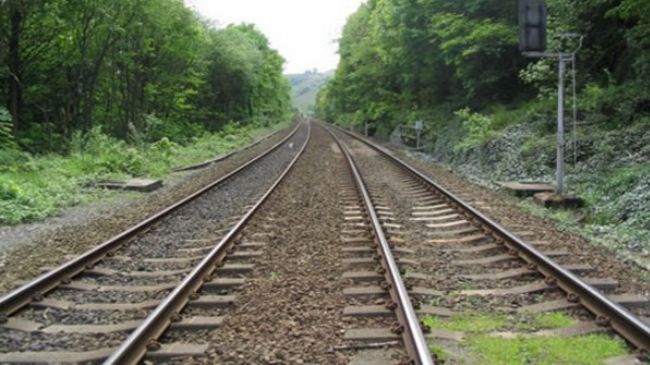 Iran’s vice-president for executive affairs says the railway connecting Iran to Central Asia will come on stream in November.

Iran-Turkmenistan-Kazakhstan railway link is part of the North–South Transport Corridor. Over 910 kilometers of rail tracks are laid in three countries to connect Central Asia to the Persian Gulf via Iran. It links Uzen in Kazakhstan to Bereket-Etrek in Turkmenistan and ends at Gorgan in Iran’s Golestan province. Observers say when complete the railroad would be a major milestone in regional cargo transportation as it dramatically reduces freight transfer time and costs.

Tasnim, an Iranian news agency, on October 30, featured a short interview with Vice-President for Executive Affairs, Mohammad Shariatmadari, in the northeastern city of Gorgan.

On an inspection tour in the capital of Golestan Province, the vice-president was seeking to get a full picture of what was going on in a place where a giant railway project was underway to link Iran with Central Asia. The following is the translation of the progress report Shariatmadari offered on the spot and a brief look at the giant project and its effects on rail travel in the region:

The vice-president said the railway linking Iran, Turkmenistan and Kazakhstan will be inaugurated in a month, adding the eleventh government gives top priority to the development of railroads.

Shariatmadari further said that the government attaches significance to expansion of rail routes across the country and is determined to complete what has remained unfinished from the time of previous governments.

He said the rail expansion will take place in two parts. One will be carried out in big cities which could bolster road security and urban development, and the other will be along Iran’s borders, something which would connect the trans-Iran railroad to those of neighboring countries.

Recalling his inspection of Gorgan-Incheborun railway, the vice-president said that the construction of Incheborun station is progressing at full speed, expressing hope the railway linking Iran, Turkmenistan and Kazakhstan could become operational in a month. 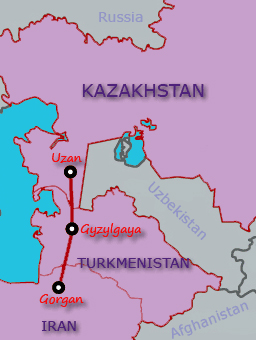 The 910-km railroad would see three million tons of cargo come into or out of Iran in the first phase, he said, adding that the figure will rise to ten million tons in the following phases.

As for a bogie* exchange point, Shariatmadari said it will be constructed across the border in the two countries based on what the two sides have agreed on.

Asked about the exact timing of the inauguration which is expected to be in the presence of the three countries’ presidents, he said the exact timing has yet to be fixed, but it would be made public soon.

International transportation experts say when inaugurated, the 910-km rail link, would cut short the international transit route from the Commonwealth nations to the Persian Gulf and to Europe by more than 600 kilometers.

More than 700 kilometers of rail tracks are laid inside Turkmenistan. The share of Iran and Kazakhstan stands at 82 and 120 kilometers respectively.

The cross-border railroad will also reduce the transportation and transit time by 48 hours, triggering a drop in transportation fees. All in all, 10 to 12 million tons of freight would be carried via the rail link.

*Bogie exchange is a system for operating railway wagons on two or more gauges to overcome difference in the track gauge. It is currently used for freight wagons. Prior to the emergence of variable gauge axles, it was used for passenger trains.