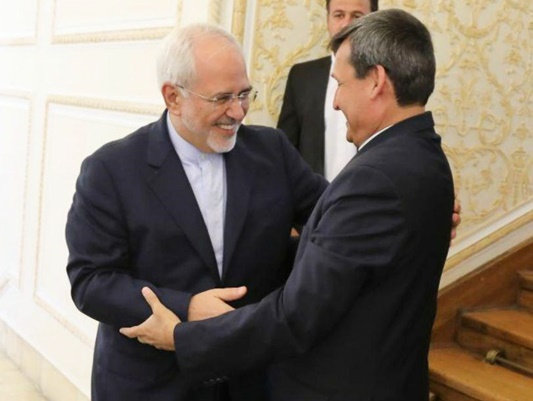 During the Saturday meeting, the Turkmen foreign minister said his country has good cooperation with Iran in different fields, especially political, economic and cultural arenas, and is interested in boosting its cooperation with Thran.

Meredov said Ashgabat will continue its consultations with Tehran on drawing up the legal regime of the Caspian Sea.

The two top diplomats further underlined the necessity of enhancing relations on all fronts.

They also cautioned against the rising threat posed by terrorist and extremist groups to all regional countries, and underlined the need to jointly fight terror groups.

Regional issues were also on the agenda of the talks.