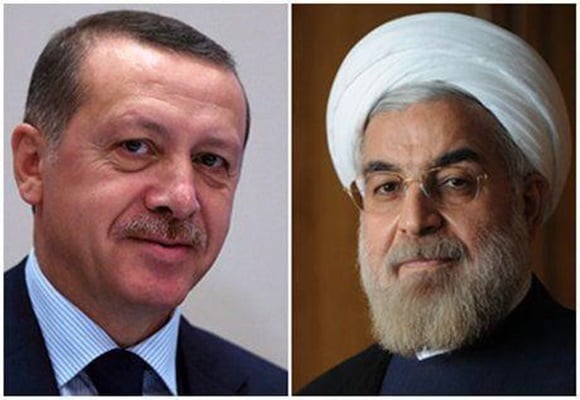 Iran’s President Hassan Rouhani and his Turkish counterparts have agreed to maintain their close cooperation on the resolution of the Syria crisis.

In a Tuesday phone call with his Turkish counterpart Recep Tayyip Erdogan, Rouhani called for continuation of Tehran-Ankara-Moscow cooperation over Syria.

“Eradicating terrorism, putting an end to war in Syria and creating regional security are among the main objectives of Iran, Turkey and Russia.”

“Therefore, we believe that the tripartite cooperation should continue to this end,” he was quoted as saying in a Farsi report by the Iranian President’s website.

President Rouhani also said the three countries’ cooperation has already led to great regional achievements which need to be preserved.

He then added some western powers think that they should interfere in Syria’s internal affairs under any condition.

He said the US-led strikes on Syria were an aggressive move which has created a hideous heresy in the international relations.

“Some big powers think they are free to carry out attacks on any state any time,” he noted.

Rouhani slammed the West for its double standards when it comes to chemical attacks and said “the western powers’ silence towards Saddam’s use of chemical weapons against Iran showed us how passive these countries are about chemical attacks.”

No country should be allowed to use force against Syria under false pretexts before a probe is made into the alleged use of chemical weapons in Syria’s Douma.

Erodgan, for his part, welcomed any move paving the way for expansion of ties between Turkey and Iran.

He underlined that enhancing cooperation with Iran and Russia is among his government’s main priorities and added Syria’s territorial integrity can be preserved only through a political solution.

The Turkish president said Iran, Turkey and Russia will not allow any power to divide Syria.