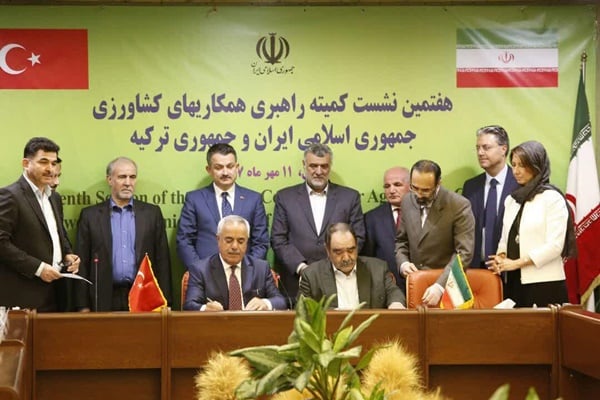 Iran and Turkey have signed two agreements on promotion of mutual cooperation in veterinary and one on the development of beekeeping industry.

The two officials signed the deals during the seventh meeting of the Strategic Committee for Agricultural Cooperation between the two countries in Tehran.

According to IRNA, at this event, Iran’s Minister of Agriculture Mahmoud Hojjati said political relations between Iran and Turkey is positive and agricultural cooperation has to be expanded accordingly.

Hojjati stated that the volume of bilateral agricultural trade is low in comparison to the volume of trade in other fields. He further stressed this level of trade should be increased, and if there are currently restrictions on exports and imports, it is because of US sanctions.

He also noted that work on greenhouses is an area in which the two sides could have good cooperation.

“Turkey has made good progress in the field of greenhouses and can transfer its experience to our country,” underlined Hojjati.

For his part, Turkey’s Minister of Agriculture and Forestry Bekir Pakdemirli called for expansion of trade in agriculture and removal of barriers to increased ezchanges with the Islamic Republic.

“Relations with Iran are important not only for us but for other neighbours, and we hope that mutual relations will develop,” underscored Pakdemirli.

He also referred to the introduction of exemptions on border trade between the two countries, saying such exemptions could revive the trade of the border regions.