Iran and Turkey; from regional rivalry to cultural impacts 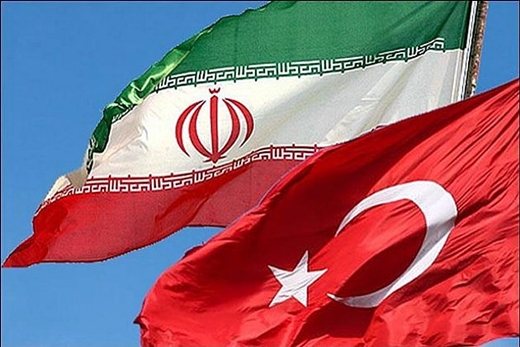 Mehmet Seyitdanlioglu, a history professor, has examined relations between Ottoman and Safavid Empires.

Mehmet Seyitdanlioglu, a professor of history at Hacettepe University in Ankara, has analyzed the rivalry between Turkey and Iran during the Ottoman and Safavid Empires back in the 16th century and the attempts by the two archrivals to establish their total domination in the region.

On January 2, Iranian Diplomacy (irdiplomacy.ir) published the remarks of the Turkish academic on historical relations between Turkey and Iran under the Ottomans, explaining their relations in four main eras, especially after the Persian capture of Baghdad.

The following is the translation of his remarks at a conference on new Iran-Turkey cooperation at Iran’s Foreign Ministry which was held in cooperation with Middle East Technical University in the Turkish capital:

In other words, the Ottoman Empire was an empire of the Balkans and Europe until the 16th century and was viewed as a European empire.

Up until the 16th century, the East, Iran, Azerbaijan and the Middle East in general had escaped the attention of the Ottoman Empire. Relations between the empires were initiated in 1502 when Shah Ismail Safavi began to harbor the lofty ambitions of an empire. The first contacts between the Ottoman Empire and Iran were established in the same year.

Unlike the tenuous ties between the Ottomans and the West which were rife in conflicts and wars, their relations with Iran were somehow peaceful and calm. Trade, economic and political ties between Iran and the Ottoman which started in 1505 have continued to date. Their relations can be placed in different periodic categories such as:

Rivalry for control over the Middle East started in early 16th century when Shah Ismail Safavi came to power. Back then the two governments tried to spread their domination over the Middle East. Between 1512 and 1517, wars erupted between Sultan Selim I and Shah Ismail. The former’s ambitions went well beyond Iran since he sought to conquer Egypt and the surrounding areas. Sultan Selim did not attach any significance to imposing his rule on Iran; rather, he wanted to bring Egypt under his own control.

During the first Ottoman–Persian Wars [Battle of Chaldiran in 1514], the Ottoman forces suffered huge losses. Conflict between Shiites and Sunnis was the only dominant policy between rival groups in that period; that’s why the Ottoman Empire sustained serious losses. Although the Capture of Cairo may be viewed as a military victory for Sultan Selim, it left an inevitable, yet disputable negative impact on the Ottoman Empire.

In the first half of the 17th century after Iran’s capture of Baghdad, the Ottoman Sultan of the time convinced himself to prolong the wars [over territorial disputes]. According to available documents, the capture of Baghdad has been etched in the historical memory of the Ottoman people and the symbol of an Ottoman dream to take back Baghdad from Iran is still alive. Borders which were demarcated between the two neighbors under the Treaty of Qasr-e Shirin [or the Treaty of Zuhab which is an accord signed between Safavid Empire and the Ottoman Empire] on May 17, 1639 are still effective.

18th century; the start of reforms in Ottoman Empire

The third series of wars were waged by Sultan Ahmed III in the early 18th century. The so-called Tulip Age [between 1718 and 1730] marked the start of efforts to reform [the economy and cultural life] in the Ottoman era. In this period after unrest swept across Iran, the Ottoman sultan was behind most of the attacks because the empire was determined to dismantle the Safavid Empire.

On the one hand, domestic instability was Iran’s Achilles heel, and the role Russia played [in this regard] was indisputable. Russia put added pressure on Iran. In fact, Russia was a decisive factor in prompting the Ottomans to decide to attack Iran. Russia’s attempts to weaken Iran strengthened the Ottoman motivation [for attacking Iran]. The borders drawn up under the provisions of the Treaty of Qasr-e Shirin have been respected and remained unchanged.

19th century; the adventure of Akhundzade

In the 19th century a number of Iranian intellectuals who went to Istanbul were impressed by elitism there. Mirza Fathali Akhundzade pushed this process first. Influenced by French philosopher François [Georgeon], he was the first one who proposed to change the [Arabic] alphabets. His proposed reform failed to gain traction in other countries, but it was welcomed and implemented in the Ottoman Empire and later in the Republic of Turkey.

In reviewing different angles of Iran-Ottoman relations, the cultural aspect matters most. The Ottoman Empire had been considerably affected by Iran’s history and culture. The Ottoman elite, among them the statesmen and thinkers, went to great lengths to learn the Persian language. They even tried to compose Persian poems. More importantly, those who knew the Persian language had an advantage in the Ottoman Court. Knowing how to speak Persian was also a source of honor.