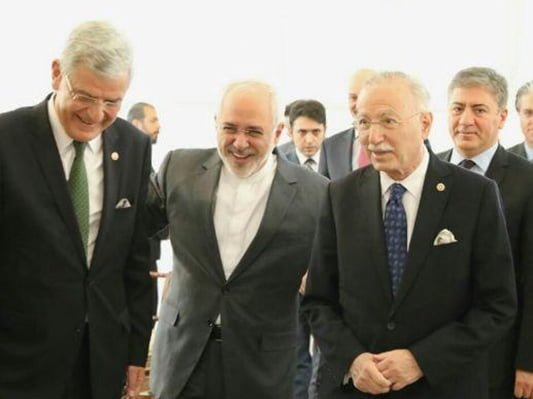 During the Monday meeting, the two sides exchanged views on bilateral issues and regional developments especially those of Syria, Iraq and Afghanistan. They also called for continuation of Astana Talks over Syria crisis as well as fight against terror.

The issue of Palestine and the US move to recognize Jerusalem al-Quds as the capital of Israel was also discussed during the talks.

Zarif said Iran and Turkey have already established good cooperation in all fields and called for further strengthening of the ties particularly in parliamentary field.

For his part, the Turkish lawmaker expressed his satisfaction over visiting Iran and extended his country’s appreciation of Iran’s principled stance to condemn the 2016 Turkish coup attempt.