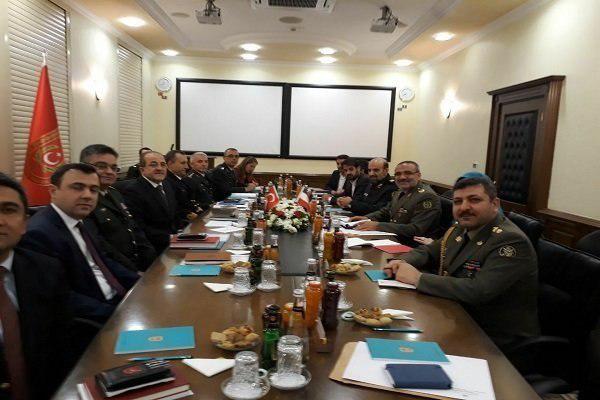 High-ranking Iranian and Turkish officials have stressed the need for developing defence cooperation between Tehran and Ankara.

According to a Farsi report by Fars News Agency, the two officials said better defence relations will pave for a closer partnership between the two countries and promote peace and stability in the region.

In the meeting, Ahadi extended an invitation from Iranian Defence Minister Amir Hatami to his Turkish counterpart Nurettin Canikli to pay a trip Tehran.

During his stay in Turkey, Ahadi, who headed a military delegation, visited several defence-oriented manufacturing factories.